Weird News You Can Use: It turns out that a person having a heart attack is usually safer to be in an ambulance headed to a hospital than to already be a patient in a hospital (according to a study by University of North Carolina researchers). It takes longer, on average, for non-ER hospital staff to comply with hospital protocols in ordering and evaluating tests (nearly three hours, according to the study) than it does for ER (and ambulance) staff, who treat every case of cardiac symptoms as life-threatening. Overall, according to a February Wall Street Journal report, the mortality rate for heart-attack victims treated in emergency rooms is 4 percent, compared to 40 percent for patients already admitted for other reasons and then suffering heart attacks. [Wall Street Journal, 2-3-2015]

Uh-Oh: The man hospitalized in fair condition in January after being rammed from behind by a car while on his bicycle happened to be Darryl Isaacs, 50, one of the most ubiquitously-advertising personal-injury lawyers in Louisville, Ky. Isaacs calls himself the “Heavy Hitter” and the “Kentucky Hammer” for his aggressiveness on behalf of, among other clients, victims of traffic collisions. The (soon-to-be-poorer) driver told police the sun got in his eyes. [Associated Press via WKYT-TV (Lexington), 1-27-2015]

Elephants in Love: (1) India TV reported in January that a wild male elephant had broken into the Nandan Kanan zoo in Odisha, wildly besotted with a female, Heera, from an adjoining sanctuary. The male cast aside two other females trying to protect Heera, and mated with her. The male lingered overnight until zookeepers could shoo him away. (2) A frisky male elephant crushed four cars in 10 days in January at Thailand’s Khao Yai National Park--the result, said a Park veterinarian, of the stress of the mating season. (Only the last of the four cars was occupied, but no injuries were serious.) [India TV News, 1-1-2015] [The Nation (Bangkok) via 9News (Sydney), 1-12-2015]

While nearly all Americans enjoy low gasoline prices, residents of sea-locked Alaskan towns (Barrow, Kotzebue, Nome, Ketchikan) have continued to pay their same hefty prices ($7.00 a gallon, according to one January report on Alaska Dispatch News). Though the price in Anchorage and Fairbanks resembles that in the rest of America, unconnected towns can be supplied only during a four-month breather from icy sea conditions and thus received their final winter shipments last summer. The price the supplier was forced to pay then dictates pump prices until around May or June. [Alaska Dispatch News, 1-2-2015]

In January, “Captain Mercedes,” a registered user of the Reddit.com social media site, announced he had compiled a data file cataloguing every bowel movement he had in 2014 and was offering the file to other users to design hypotheses and visual representations of the data in ways that might improve his relationship with his alimentary canal. According to the data-analysis website FiveThirtyEight.com, the “researcher” used the standard “Bristol stool scale” (seven categories of excreta, by shape and consistency) “and produced interesting hypotheses in the ensuing Reddit conversation.” [FiveThirtyEight.com, 1-25-2015] [Reddit.com/user/captainmercedes]

(1) A January examination of New York City records by NYC Open Data found that the five most common first names of taxicab drivers licensed by the city are five variations in spelling of the name “Mohammed.” (2) The last McDonald’s cheeseburger to be sold in Iceland before the chain abandoned the country in 2009 has been on open display at the National Museum of Iceland and was recently moved to the Bus Hostel in Reykjavik, “still in good condition,” according to the Hostel manager. “Some people have even stolen some of the fries.” [Daily Mail (London), 1-14-2015] [Iceland Review, 1-28-2015]

Harvard University medical researcher Mark Shrime documented recently how easily made-up research can wind up in reputable-sounding academic journals--by submitting an article composed by random-generating text software, supposedly about “the surgical and neoplastic role of cacao extract in breakfast cereals” (and authored by “Pinkerton A. LeBrain and Orson Welles”). Of 37 journals, 17 quickly accepted it, some feigning actually having read it, with the only catch being that Shrime would have to pay a standard $500 fee for publication. Shrime warned that some of the journals have titles dangerously close to highly respected journals and cautions journalist (and reader) skepticism. [Fast Company, 1-27-2015]

Ms. Meng Wang filed a lawsuit recently in New York City against Gildan Outerwear over her disappointment with Kushyfoot Shaping Tights. In television ads, Wang wrote, a young model sashays down a city street with her eyes dreamily closed and “moans and utters highly sexually charged phrases” “including ‘That’s the spot’ and ‘so good.’” “[P]assersby [stop] in their tracks to look at her with mouths agape.” Wang said the ad clearly implies that the tights produce an orgasmic sensation of some sort, wrote Gothamist.com, but that she, herself, has come up empty. [Gothamist.com, 1-14-2015]

(1) Margaretta Evans, 63, finally reported her missing son to the Myrtle Beach (S.C.) Police Department in January. She said Jason Callahan, who would be 38, had been missing since “early June of 1995" when he left home to follow the Grateful Dead on tour in California and Illinois. (2) Riccardo Pacifici, described as head of Rome’s Jewish community, was accidentally trapped while visiting the Auschwitz prison death camp in January on Holocaust Remembrance Day, after staff had departed. When Pacifici and four associates crawled out through a window, security officers spotted them, provoking the New York magazine headline, “Polish Police Detained a Jewish Leader Trying to Escape Auschwitz.” [The Smoking Gun, 1-14-2015] [New York, 1-28-2015]

Two men remain at large after stealing an ATM from Casino Calgary in Calgary, Alberta, in January. They had smashed through glass front doors, unbolted the machine, put it on a dolly and rolled it to a waiting car (though it briefly toppled over onto one of the culprits). Managers told police the ATM was empty, disabled, and scheduled to be moved to another location later that day. A Calgary police officer expressed bemusement at the city’s recent ATM smash-and-grab epidemic, since the machines are hard to unbolt, hard to open, and are emptied several times a day. “It’s a very ineffective way to make a living.” [National Post, 1-29-2015]

Unwise Robbery Target: Police in Champaign, Ill., charged Clayton Dial, 23, with robbery on New Year’s night, for carrying a pellet gun into the Kamakura Japanese restaurant and demanding money from the hostess. However, he fled quickly when chef Tetsuji Miwa walked over, holding his large sushi knife. “He saw the blade,” Miwa said later, and “started running.” (Miwa and two co-workers gave chase and held him for police.) [News-Gazette (Champaign), 1-1-2015]

One of the legendary American lawsuit successes is the 1970 award of $50,000 to Gloria Sykes, whose brain injury on a San Francisco cable car left the previously modest Midwestern woman with an unrestrained libido. News of the Weird reported a similar such case, from London, in December 2006. Now, in January 2015, the British Columbia Supreme Court awarded Alissa Afonina $1.5 million for her auto-accident brain injury. She was apparently a demure, high-achieving student but following the 2008 collision, she had no impulse control, become “isolated,” had “outbursts,” made “inappropriate sexual comments”--and was able to earn a living only as a dominatrix. (Afonina’s mother, also injured in the accident, was awarded $940,000.) [National Post, 1-29-2015]

"My ultimate dream is to be buried in a deep ocean close to where penguins live," explained the former Alfred David, 79, otherwise known in his native Belgium as "Monsieur Pingouin" (Mr. Penguin), so named because a 1968 auto accident left him with a waddle in his walk that he decided to embrace with gusto. (His wife abandoned the marriage when he made the name change official; being "Mrs. Penguin" was not what she had signed up for.) Mr. Pingouin started a penguin-item museum that ultimately totaled 3,500 items, and he created a hooded, full-body black-and-white penguin outfit that, according to a September [2011] Reuters dispatch, he wears daily in his waddles around his Brussels neighborhood of Schaerbeek. [Reuters, 9-29-2011]

The Englishman Who Posted Himself

So long as Alex has brought up this theme, I thought I would reference this great book, which I reviewed at the B&N REVIEW upon its release five years ago.

Some post-orgasmic singing from an era when sexual mores were in flux.

May Pierstorff - The Human Package

From the National Postal Museum:


One of the oddest parcel post packages ever sent was "mailed" from Grangeville to Lewiston, Idaho on February 19, 1914. The 48 1/2 pound package was just short of the 50 pound limit. The name of the package was May Pierstorff, three months short of six years old.

May's parents decided to send their daughter for a visit with her grandparents, but were reluctant to pay the train fare. Noticing that there were no provisions in the parcel post regulations specifically concerning sending a person through the mails, they decided to "mail" their daughter. The postage, 53-cents in parcel post stamps, was attached to May's coat. This little girl traveled the entire distance to Lewiston in the train's mail compartment and was delivered to her grandmother's home by the mail clerk on duty, Leonard Mochel. 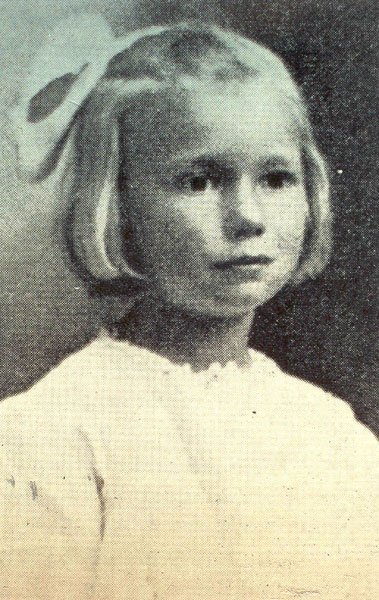 Another "human package" discussed here on WU was Johann Beck, who in 1901 shipped himself across the Atlantic in a box.

This 1964 novel by Stella Gray seems appropriate for WU. 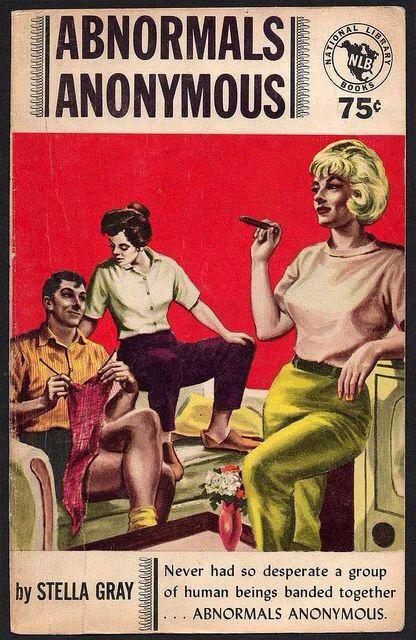 Creator of the "penis chair," among other objects of art. 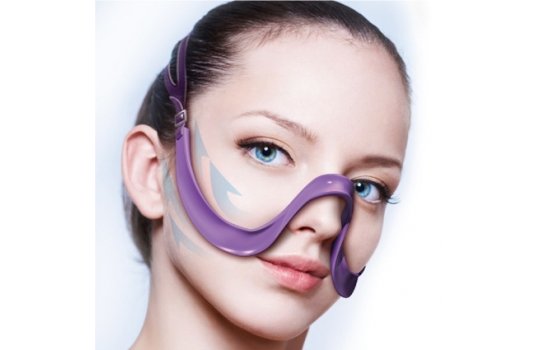 
you wear the Hourei Lift Bra on your face and it helps fight the smile lines that sadly grow more prominent with age. The band slides over the back of your head and then the frame fits easily onto your nose. Its soft silicone rubber curves will feel comfortable on your skin while the "wire" design will place only gentle pressure on your cheeks.
Over at Book of Joe, they note that this product is an example of satirical prophecy, because a very similar product was featured as a joke on an episode of Ally McBeal, back in 1999. 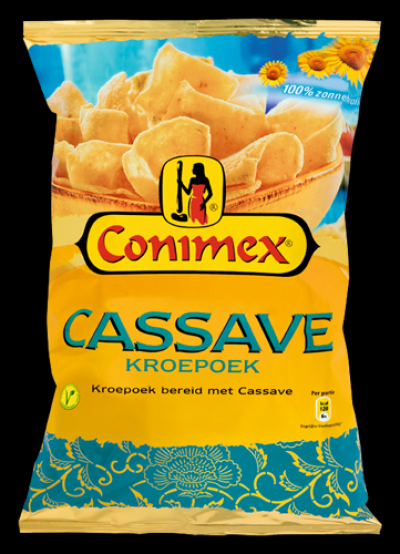 You will certainly have fun browsing at the Taquitos snack site and reading their blunt appraisals. For instance, on the item pictured above.

Taste: Weird chemical taste. Crunchy and thick, but rather nasty.

What people will do in pursuit of beauty:

Nose Secret is advertised as "the only proven non-surgical nose job option with instant results that you can do on your own without the cost or hassle of nose surgery." By which they mean that it's little pieces of bendy plastic that you're supposed to shove up each nostril, in order to temporarily change the shape of your nose and make it appear more pointy.

What happens if you wear them while you're on a date, and then you sneeze? Also, $35 for little pieces of plastic seems a bit steep. [Via] 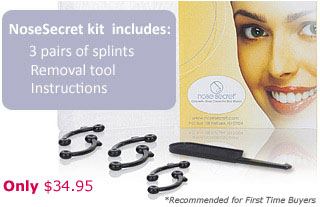