For $9.99 Mail a Spud will put stamps on a Russet potato and mail it to a recipient of your choice. No box or other packaging. Just a stamped and addressed potato. Offer available in the U.S. only.

They have a FAQ on their site, but they don't answer what I thought would be the obvious question, which is: why would anyone pay them to mail a potato, when it seems easy enough to do this oneself? After all, how hard can it be to put stamps on a potato and place it in the mail. Am I missing something here? Some hidden difficulty? 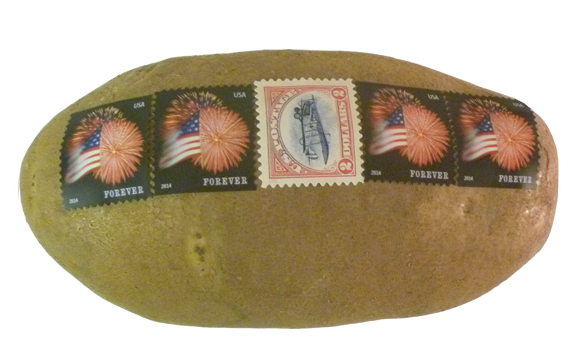 What was the miracle of "V-line Breez?" Your powerful imagination convincing you that you looked different!

Even dangerous felons sometimes serve short sentences, but Benito Vasquez-Hernandez, 58--guilty of nothing--has been locked up for nearly 900 days (as of early March) as a “material witness” in a Washington County, Ore., murder case. The prosecutor is convinced that Vasquez-Hernandez saw his own son, Eloy, murder a woman in 2012, and the case is on hold until the victim’s body is found. The judge has given Vasquez-Hernandez two opportunities to leave, both impractical (pay a $500,000 bond or give a video deposition, but he speaks no English, is illiterate in Spanish, and, said his lawyer, might be mentally incompetent). (Consolation: Material witnesses in Oregon earn $7.50 a day.) [The Oregonian, 3-12-2015]

The trendy St. Pauli neighborhood in historic Hamburg, Germany, suffers its share of uncouth revelers who wander out from nightclubs seeking restroom facilities but too often choose walls of storefronts and private homes, reported London’s The Guardian in a March dispatch. The solution, according to the civic group IG St. Pauli: paint jobs with an “intensely hydrophobic” product known as Ultra-Ever Dry,” which somewhat propels liquid aimed at it right back toward the source by creating an air barrier on the surface. In other words, said an IG St. Pauli official, “It’s peeback time,” and shoes and trouser legs should expect splashes. [The Guardian, 3-4-2015]

We have “139 frogs, toads, lizards, turtles,” Ms. Thayer Cuter told Seattle’s MyNorthwest.com in March. touting her Edmonds, Wash., amphibian rescue shop, especially the heroic job done recently on Rocky, the Texas toad, who came with stones in his tummy. “He had to have a lot of enemas [but] Rocky is rock-free now” and, after passing all the pebbles, is finally able to eat. Added Cuter, turtles are underrated pets, “very social” and love massages and “cuddl[ing].” [MyNorthwest.com, 3-11-2015]

The Job of the Researcher: Cockroaches can be bold explorers or shy and withdrawn, according to recent work by researchers at Belgium’s Universite libre de Bruxelles, who caught a bunch of them, affixed radio tags, and studied their movements. “Explorers” are necessary for locating food sources although, obviously, they are also most likely to find Roach Motels; “shy, cautious” roaches are necessary for survival and group stability, and a mixture of the types ensures cockroaches’ legendary survivability. A Mother Nature News commentator wrote, hopefully, that understanding roaches’ personalities might make us “less quick” to “grab a shoe.” [Mother Nature News, 2-6-2015]

Ranson IB Middle School in Charlotte, N.C., has a strict dress code (requiring, for example, only “hunter green” outerwear). Thus, on January 27th, when parent Chanda Spates dispatched her three kids in improperly-hued coats, Ranson officials confiscated the “contraband” clothing, leaving the three (along with 20 other sartorial miscreants) to make their way home after classes with no outerwear at all--though the temperature that afternoon was in the 30s. (Following parental outrage, the administrators apologized.) [Fox News, 2-1-2015]

A female teacher working for the Arizona Department of Corrections was brutally assaulted in prison by a sexual predator, and has sued the Department, but in February the state Attorney General’s office, contesting the lawsuit, told the judge, basically, that the teacher understood all along that she could get attacked in prison. She was administering inmates a GED exam but that day had no guard support, not even one to hear her screams, and was given an emergency radio tuned to an unmonitored frequency. Nonetheless Assistant Attorney General Jonathan Weisbard essentially shrugged: “The risk of harm, including assault, always exist[s] at a prison like [Eyman].” [The Arizona Republic, 2-4-2015]

Clueless in Florida’s Panhandle: (1) Debra Mason, 58, was arrested for theft of a pickup truck in Destin, Fla., in January--and according to police, Mason said she knew it was stolen property but “didn’t think it was ‘that’ stolen.” (2) Ten miles away in Mary Esther, Fla., in February, Robert Pursley, 54, was arrested for DUI, and was asked about items in his truck. According to the police report, Pursley insisted that everything was his--“except for anything illegal.” A baggie of cocaine was in the truck’s center console. [Daily News of Northwest Florida, 1-24-2015, 2-25-2015]

Americans Abroad: (1) American sisters Lindsey, 22, and Leslie Adams, 20, were convicted, fined, and deported by Cambodia’s Siem Reap Court in February after taking several nude photos of each other at the Preah Khan temple, apparently for their social-media “friends.” The Angkor Archaelolgical Park, where the temple is located, is reportedly the world’s largest religious monument. (2) Two other American women were arrested in March for carving eight-inch initials into a wall outside Rome’s ancient Colosseum and then snapping selfies for their friends. [Phnom Penh Post, 2-9-2015] [CNN, 3-9-2015]

Recurring Theme: Among the most recent lives ruined by badly-botched prosecutions: (1) Joseph Sledge, now 70, was released from prison in North Carolina in January after wrongly serving 36 years for a double murder; hair samples (revealing another man’s DNA), long thought to be lost, were discovered in a court clerk’s storage room. (2) Kirk Odom, 52, served 22 years after his wrongful Washington, D.C., conviction for rape and robbery; a court in February awarded him $9.2 million in compensation, but on the other hand, after several prison rapes, he had contracted HIV. (Odom is one of several D.C. men convicted of rape or murder based on erroneous analysis by an “elite” FBI hair-analysis unit.) [Los Angeles Times, 1-23-2015] [Washington Post, 2-28-2015]

Not Ready for Prime Time: (1) Tyler Lankford, 21, attempting a robbery of Minerva’s Bakery in McKeesport, Pa., in January, committed (according to police) the rookie mistake of laying his gun on the counter so he could pick up the money with both hands. The clerk grabbed the gun, and Lankford fled but was arrested in March. (2) There are expert counterfeiters, and then there is Cass Alder, 22, convicted by a court in Canada’s Prince Edward Island trying to pass $100 bills that had been printed on napkins but affixed by Alder onto thicker paper. [KDKA-TV (Pittsburgh), 3-4-2015] [The Guardian (Charlottetown, Prince Edward Island), 2-25-2015]

Is This a Great Country, or What?

“America’s Game” Is Gaming the Government: The U.S. Treasury recently took in more than $40 billion by auctioning off part of the wireless spectrum, but one buyer--the Dish satellite-TV provider--got a discount worth $3.65 billion by convincing the Federal Communications Commission that it is a “very small business” (despite its market value of $34 billion). Using awe-inspiring loophole-management, Dish created a separate company in partnership with a small Alaskan Natives’ group, which theoretically “managed” the company--though the Alaskans’ hands were tied by an earlier Dish-friendly contract. Thus, Dish got the benefits of a being “very small” while retaining control--a “mockery” (said one commissioner) of the FCC’s simple-minded attempt to help small businesses. [New York Times, 2-25-2015]

Supervisors at the Department for Work and Pensions in Carlisle, England, issued a directive in March [2010] to short-handed staff on how to ease their telephone workload during the busy mid-day period. Workers were told to pick up the ringing phone, recite a message while mimicking an answering machine ("Due to the high volume of inquiries we are currently experiencing, we are unable to take your call. Please call back later."), and immediately hang up. [News & Star (Carlisle), 3-9-2010]

Thanks This Week to Todd Ludwig and Anthony Yeznach, and to the News of the Weird Board of Editorial Advisors. 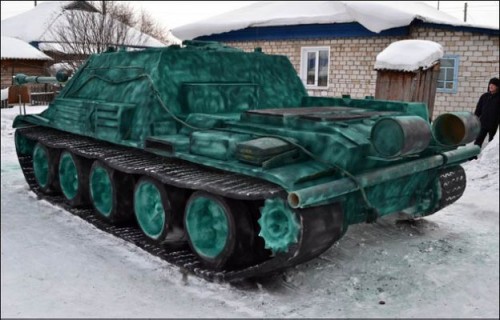 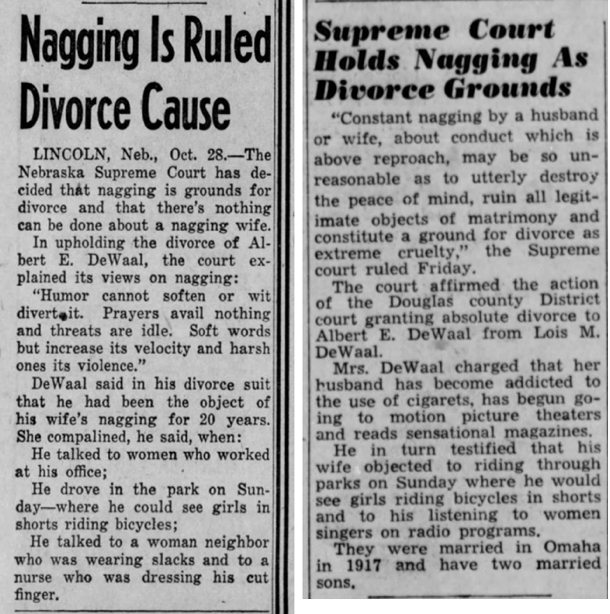 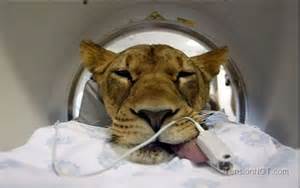 A follow-up to Paul's post about pop-art fridges. If you're going to start decking out your appliances in designer patterns, you might as well wear matching clothes. 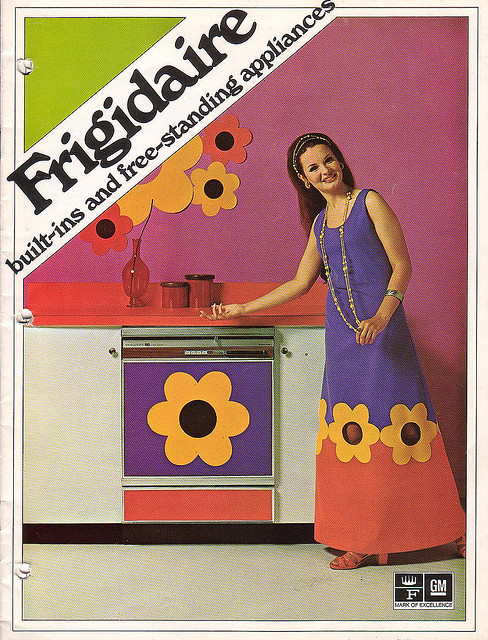 A tip of the propeller beanie to Charles Stross. 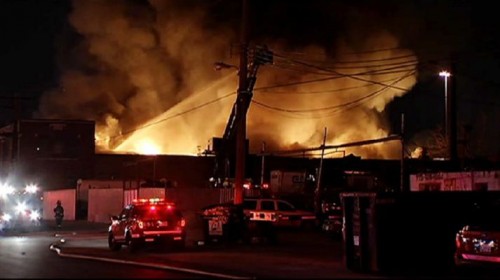