In 2003 800,000 gallons of Jim Beam was spilled into a retention pond and ignited by a lightening strike causing a fire tornado to form. Not sure why UPI reran the story of the firenado except that it was the 12th anniversary of the event. The fire show is definitely worth a view though.

The high-tech equivalent of attaching helium balloons to a lawn chair. Except it doesn't work as well.

Shortest Man Who Ever Lived, RIP

If you've seen an insect in a movie, there's a good chance it was a prop made by insect artist Graham Owen. He specializes in the "design and fabrication of intricate life-size insect replicas" that are frequently used in movies and TV shows. His most famous insect might be the fly that tormented Walter White in an episode of Breaking Bad.

A recent article about him offers more details about his art and career. And the article included this piece of info, which was new to me:


While the nature of real insects makes them difficult to use, there is another reason Owen’s replicas are in high demand: American Humane Association guidelines prohibit dead insects from being filmed, he said. 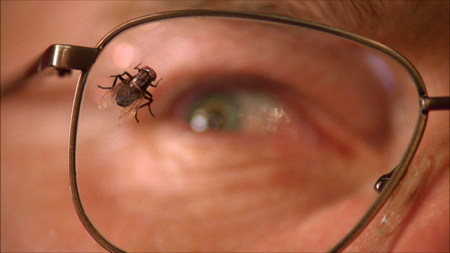 
The Continental-2 Stereo Round Jukebox 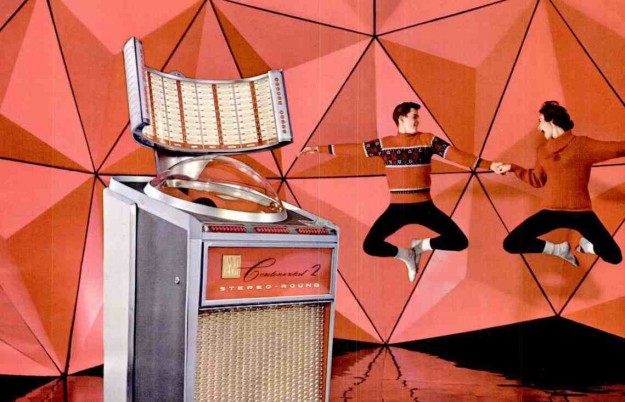 Auroratone was a "process for translating music into color" invented circa 1940 by Englishman Cecil Stokes. The music vibrated an emulsion of crystallizing chemicals, and this was then photographed by a color movie camera, producing a kind of psychedelic movie of shifting colors synchronized with music (but this was the 1940s, before the concept of psychedelics was known in popular culture).

The hope was that these auroratone films could be used to treat psychiatric patients, and they were experimentally shown to soldiers in an army hospital suffering from psychotic depressions. Conclusion: "Observation revealed that these patients were intensely absorbed in the films, that their span of attention to the films was appreciably lengthened after exposure to the films. Weeping and sobbing was observed in some patients. Many patients became more accessible to individual and group psychotherapy immediately folllowing exposure to these films."

Their effect was also tested on juvenile delinquents. One kid told the experimenter, "I think God must have painted those pictures."

A company was formed to commercialize Auroratones and guide their development. Investors in this company included the Crosby Brothers (Larry and his famous brother Bing). Bing sang the music for many of the auroratones.

Treating psychiatric patients wasn't very profitable, so there was hope to find more lucrative applications of the auroratone process. One idea was to transfer auroratone color patterns onto textiles and ceramics. Some silk scarfs printed with visualizations of Bing Crosby singing "Home on the Range" were apparently manufactured, but never sold.

Not many auroratones still survive, but an example of one can be viewed on YouTube:

The auroratone process reminds me of the Clavilux (or Color Organ) invented by Thomas Wilfred in 1919 (previously posted about here).

The Bimini Road (or Wall)

The Pickle Wizard promises that if you pay him $5.99, he'll send a slice of pickle to a person of your choosing. He writes:


What could be more satisfying than the confusion of a friend or foe when they receive a pickle in the mail with a mysterious note? The answer you ask? Nothing. So get on it, and send those expecto patronads a damn pickle!
Here on WU, we've previously posted about Feces by Mail and Mail-a-Spud, so the Pickle Wizard is the latest variation on that theme of Mail-a-Prank. The Pickle Wizard claims that, to date, he has mailed 520 pickles.