In 1963, GE engineer John L. Matrone came up with the idea of creating a "total environment" room. It would be capable of creating any environment (the deck of an ocean liner, a beach in Hawaii, a rainforest in Tasmania) inside your own home.


Components for the fun room have long been on GE drawing boards.
The space would be 20 feet by 10 feet, with approximately 10 feet of overhead to contain a special piston arrangement and an "atmospheric preparation tank" for creating the real atmosphere of the desire scene.
(You could easily make it snow, said Matrone, but the problem would be "shoveling" all that stuff out afterward.)
One of the room's walls would be arced in 180 degrees for 3-D and motion location scenes.
I don't believe a "total environment" room was ever built, but it sounds quite a bit like the Holodeck in Star Trek (minus the holograms). 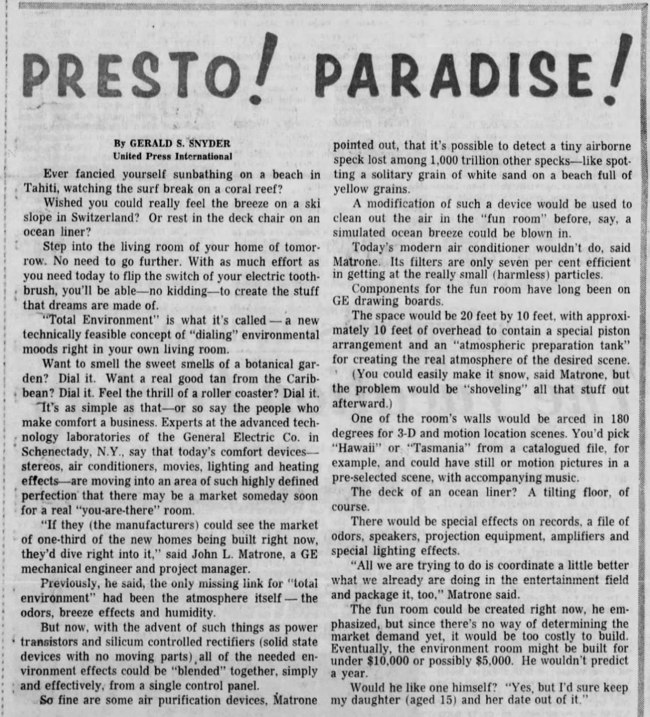 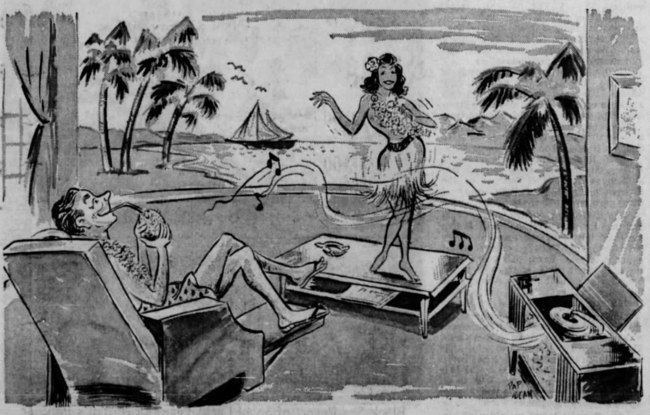 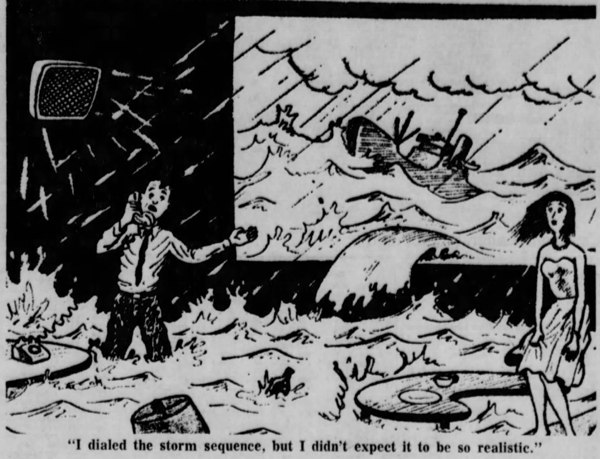 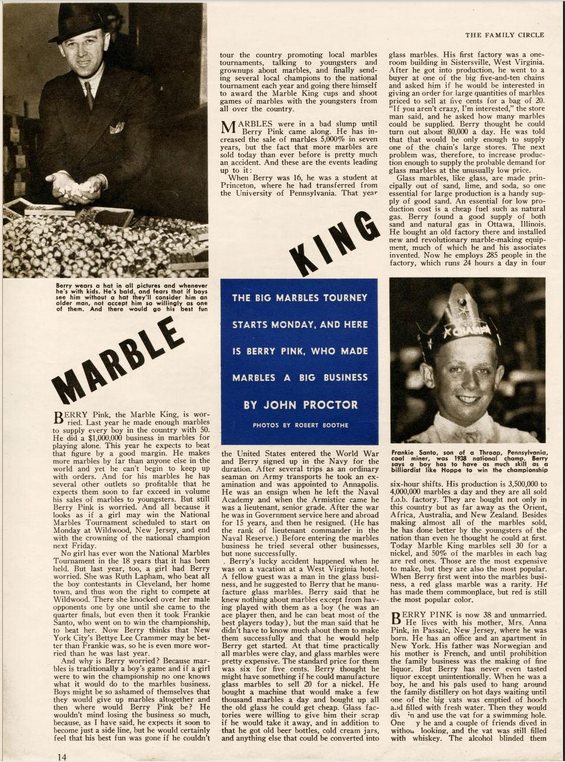 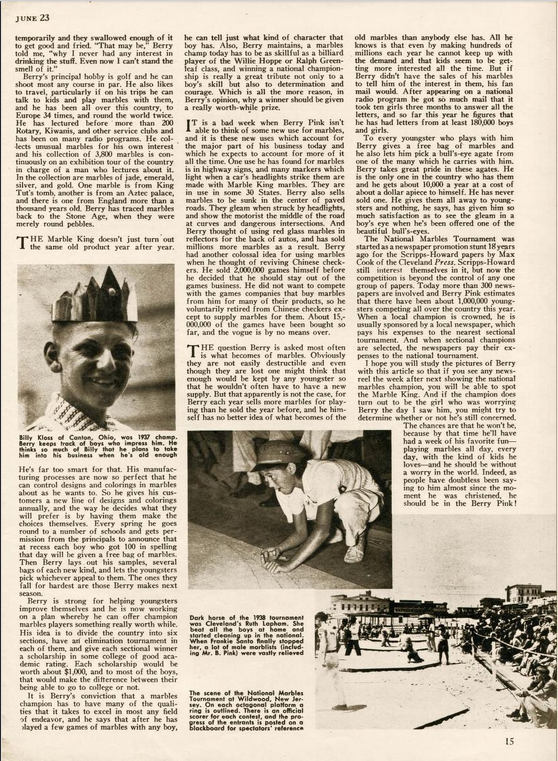 Samples of their marbles, and more history.

Gubment + Appeals Court: Can gov't "protect" endangered "dusky gopher frogs" just because they used to live at X place, and may come back to X place, but haven't been around X place "for decades"? [Daily Caller]

Can you think of a worse idea than building one of those mall toddler playgrounds, for inside a regular theater, during the movies? [Entertainment Weekly]

Allen Cochran, on trial, feeling doom, walked out before the "theft" verdict; but jury said not gulty; so, no harm, no foul? Wrong! [Virginian-Pilot]

Rule: If you're traffic-stopped still wearing work name tag ("Keyonna Waters"), even Barney Fife will notice if you tell him you're someone besides "Keyonna Waters" [WMDT-TV]

Thanks to Paul Music and Kevin Corwin,

There's a collector's market for old produce labels that decorated fruit and vegetable crates, because back in the day these labels were often quite artistic. Some of the labels were also slightly risque, because sex can sell anything, even apples and veggies.

Once cardboard boxes were introduced, these kinds of labels fell out of use. 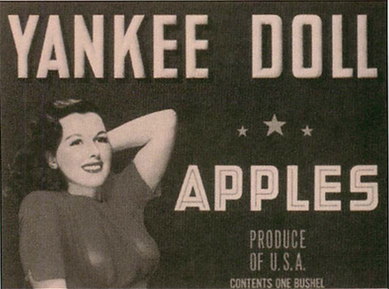 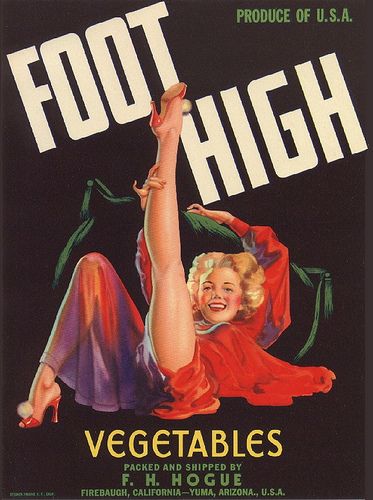 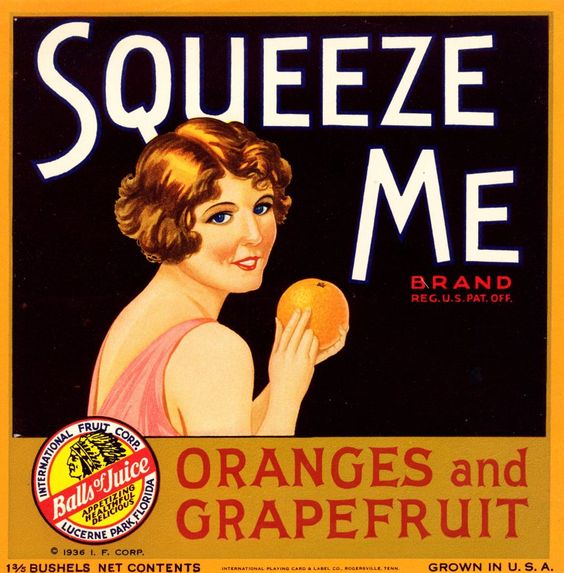 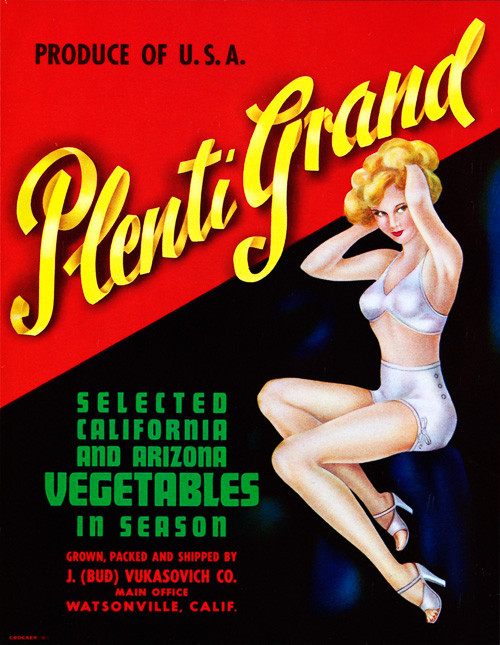 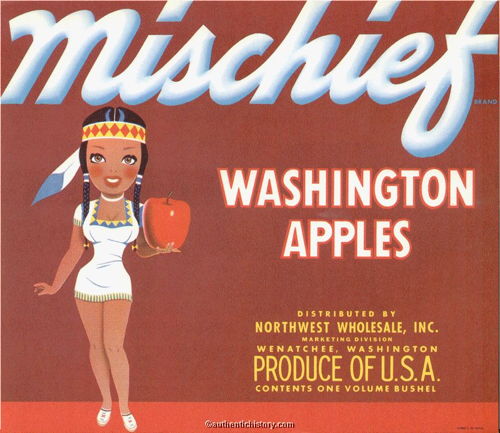 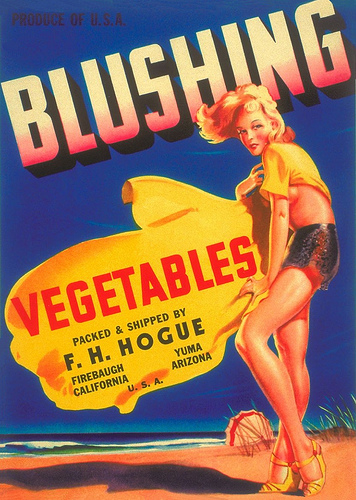 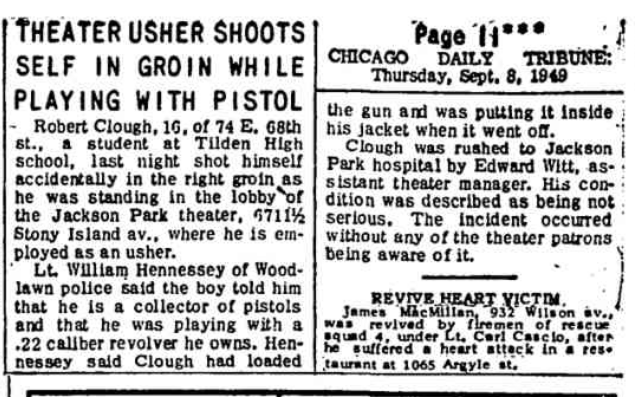 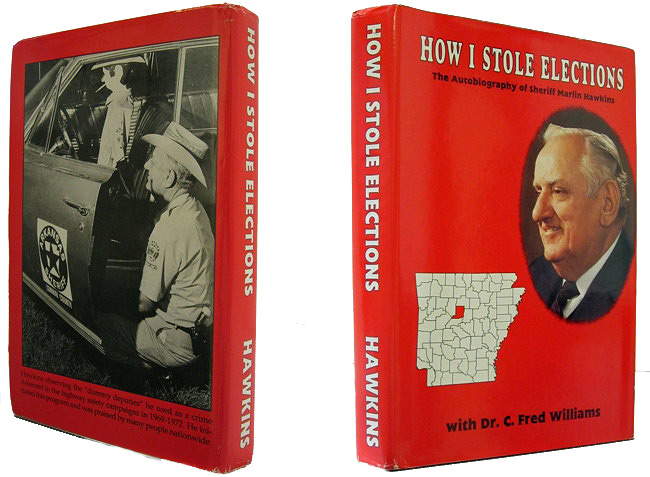 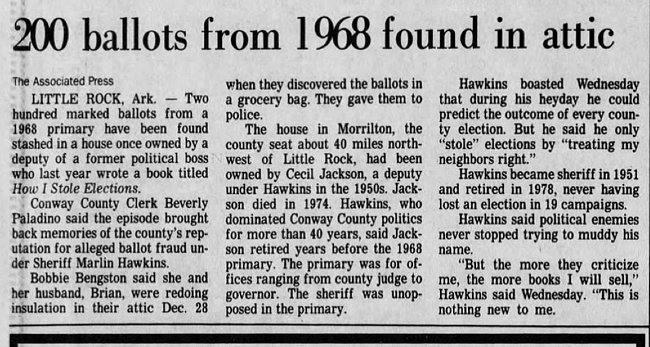 July 1991: While preparing to play a game of Monopoly, Marc Cienkowski and Michael Klucznik got into a fight over who would use the car playing piece. Cienkowski insisted that since they were at his house, he got to be the car -- and not the hat or thimble. But Klucznik insisted that he was going to be the car, and continued to insist this even after Cienkowski hit him in the face. So Cienkowski fetched his bow and arrow and shot Klucznik through the heart. Cienkowski later pleaded guilty to criminal homicide. 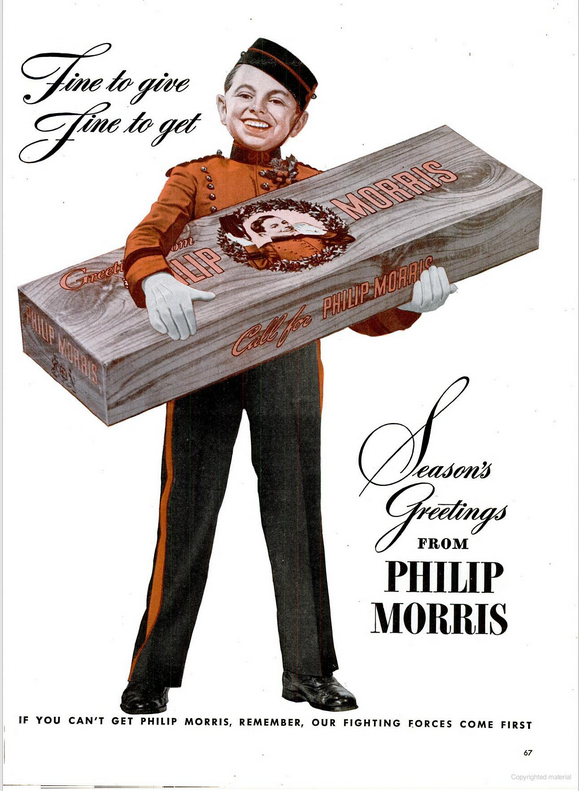 The latest from artist Jonathon Keats. He calls it the Reciprocal Biomimicry Initiative. The idea is to use human technologies to give a helping hand to various organisms stressed by environmental change, as a thank you for all the good ideas engineers have borrowed from the natural world over the years.

The exhibit is on display at Bucknell University's Samek Art Museum from March 7 to June 4. 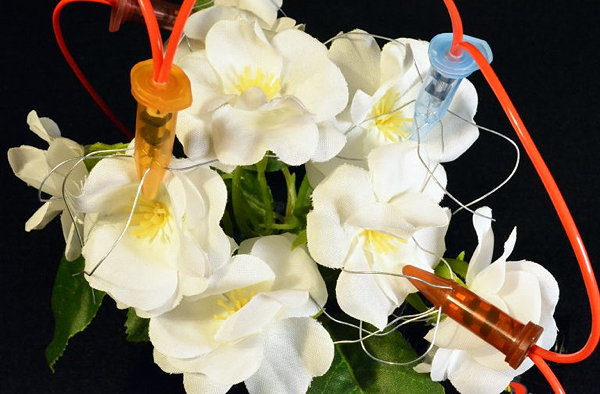 Sex Toys for Flowers: Micro-vibrators provide titillation for flowers that have to be artificially pollinated as honeybee populations are decimated. 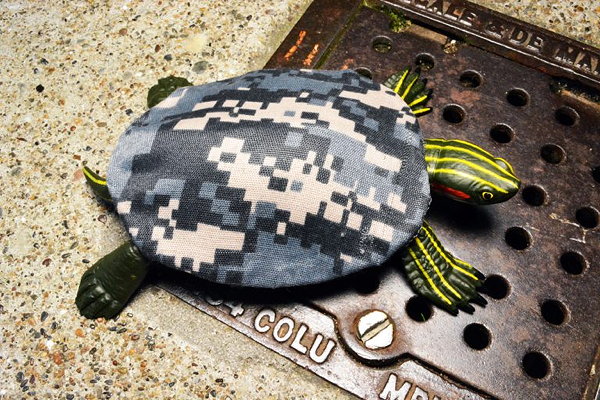 Urban Camouflage for Reptiles: Camouflage designed by the military for urban combat allows reptiles to elude detection in cities as urbanization overtakes their natural habitats. 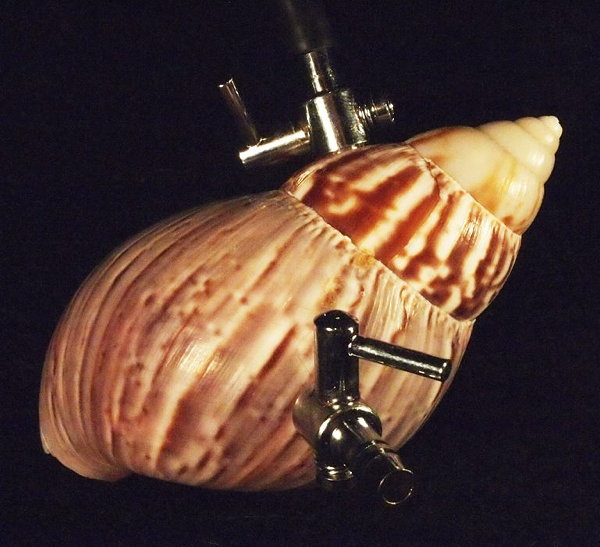 Aqua Lungs for Sea Snails: A life support system allows sea snails to migrate to land when ocean acidification imperils their shells... This conceptual model shows the valves used to maintain the required microenvironment inside the snail’s shell.