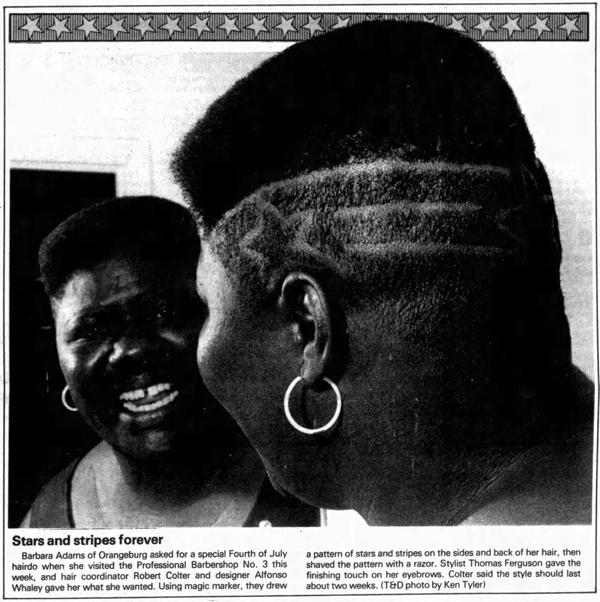 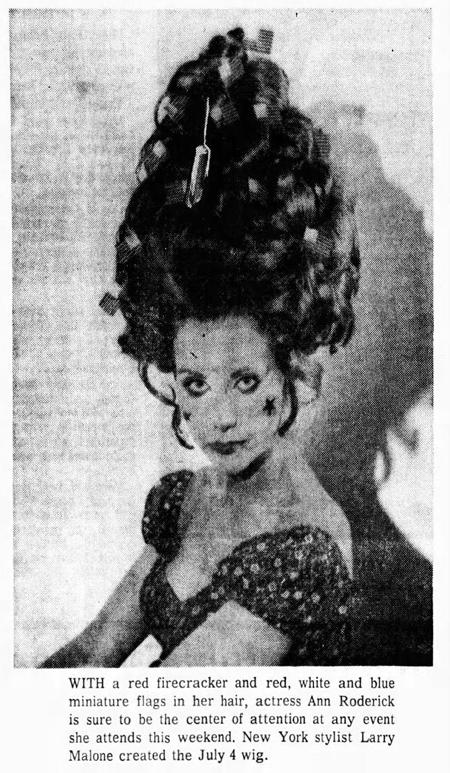 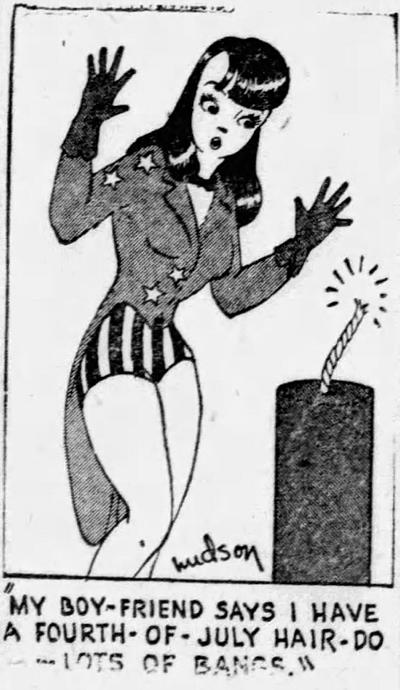 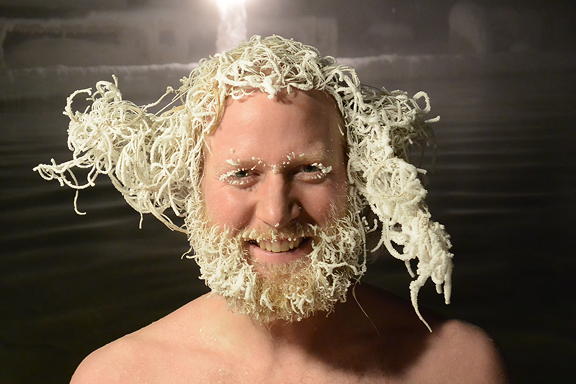 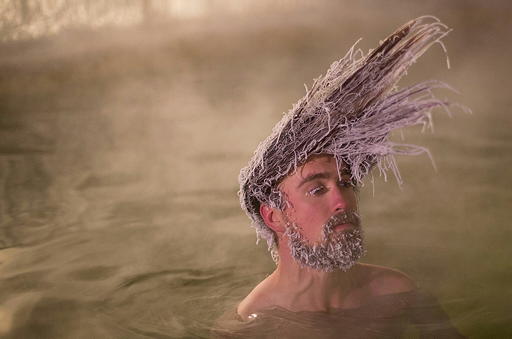 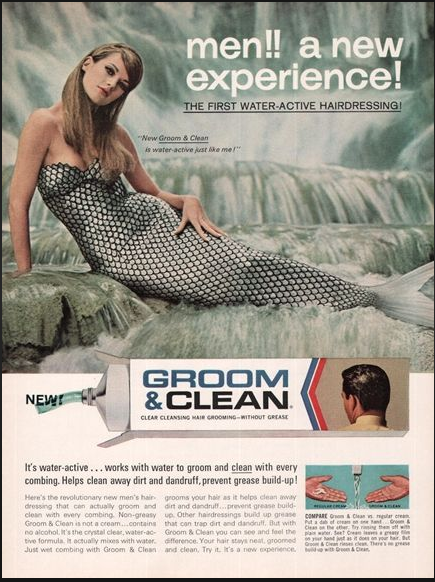 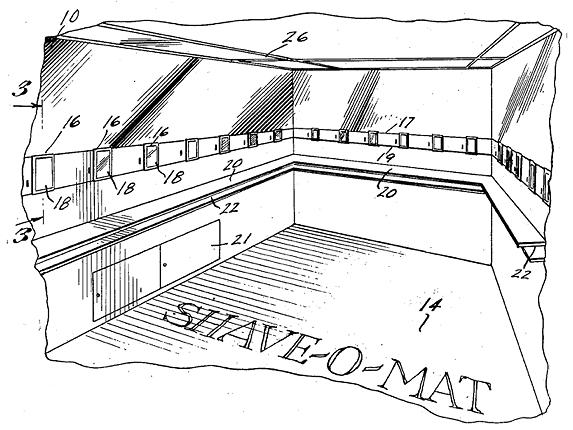 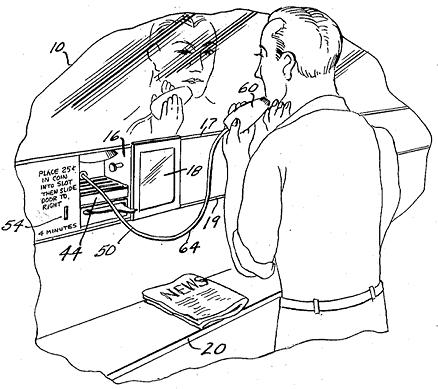 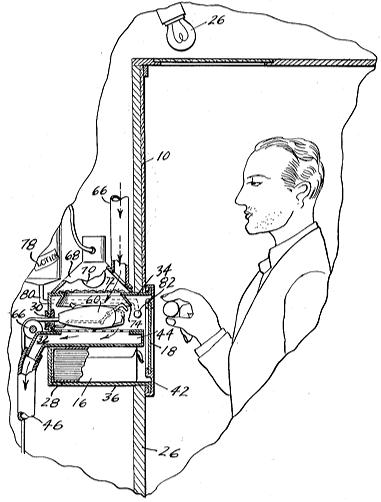 A woman dressed only in her hair

Now arises Mrs. Lydia McPherson of Los Angeles, California… Her friends claim that if Lady Godiva had possessed hair like Mrs. McPherson, she would have been more than adequately attired in her famous ride through the streets of Coventry. Mrs. McPherson surpasses Mother Eve, by wearing, as her picture shows, only nature’s covering, whereas the world’s first lady had to borrow from the fig tree. The tresses of Mrs. McPherson measure seven feet two inches from root to tip, and are of a find, bright red color.
San Francisco Examiner - Jun 26, 1927 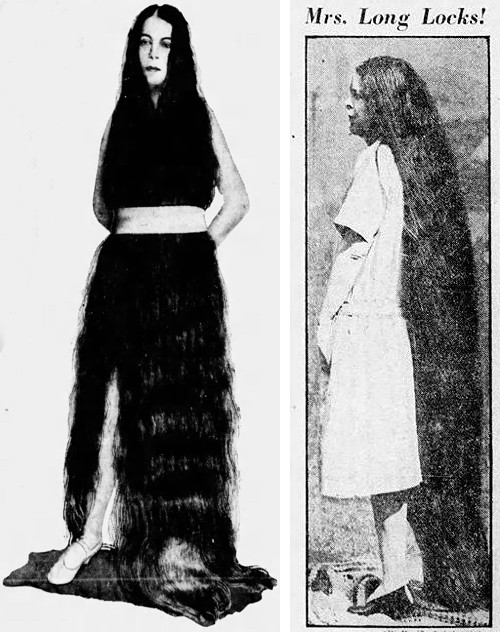 Below: Looking a bit like that girl from The Ring movie. 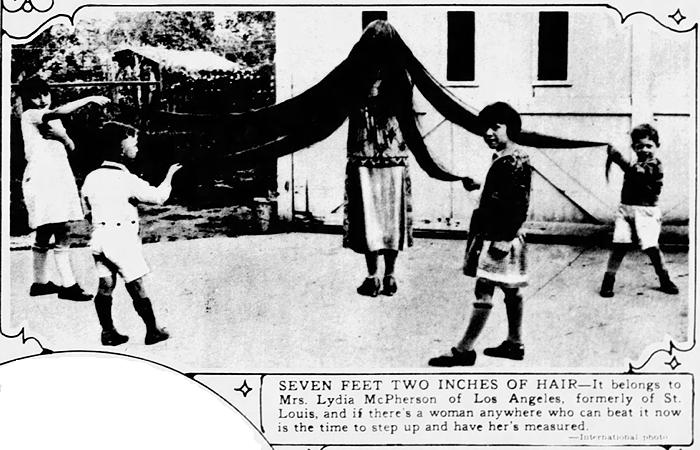 The Ring girl, for comparison: 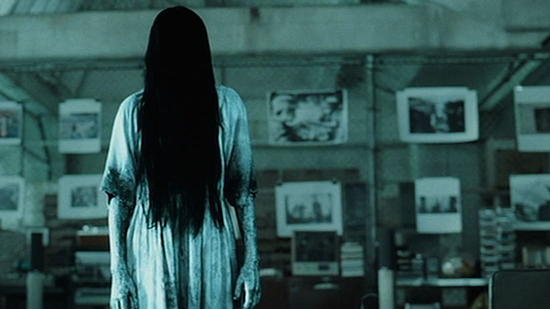 Some more images of Lydia McPherson and her long hair: 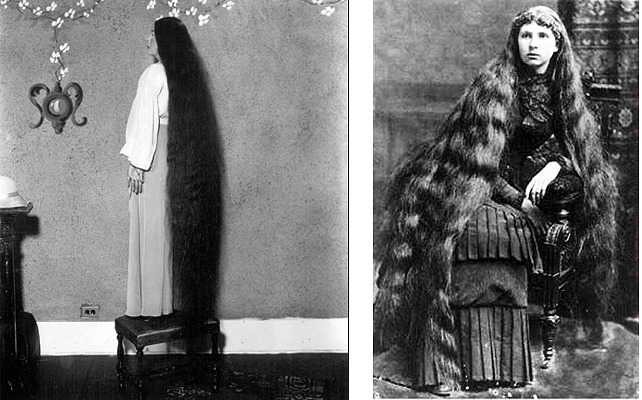 (left) at the 1933 Chicago Odditorium, where she was advertised as having "the longest red hair in the world" (via pbs.org); (right) undated photo (via sisterwolf). 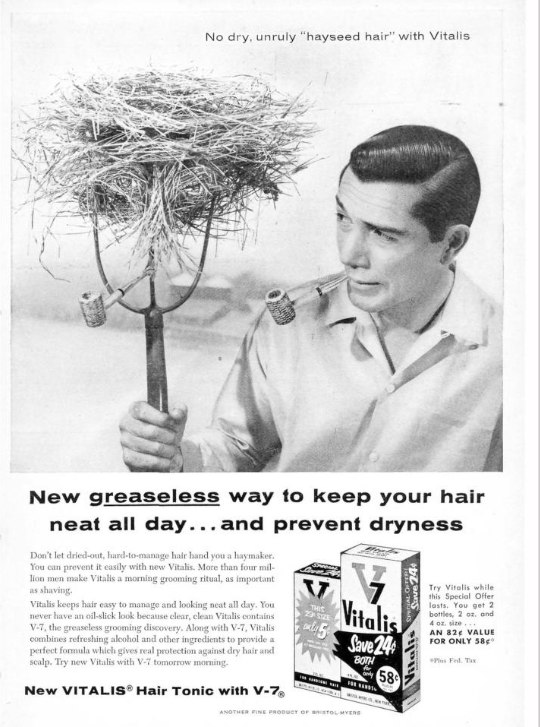 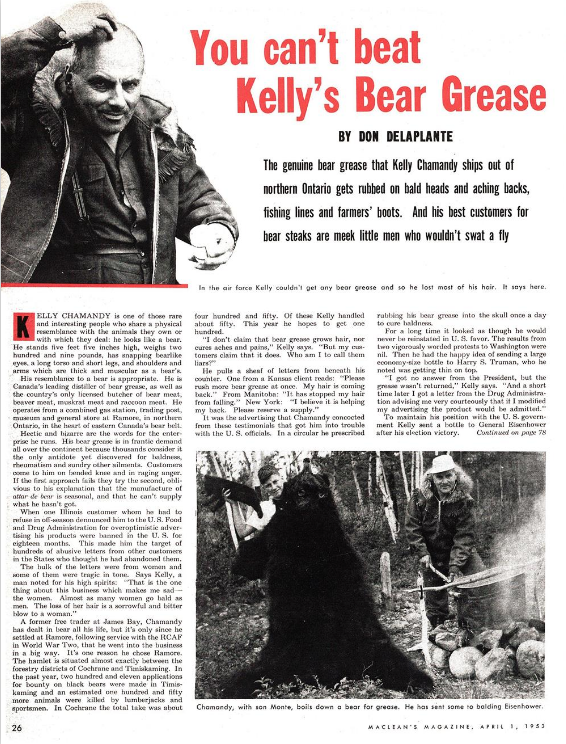 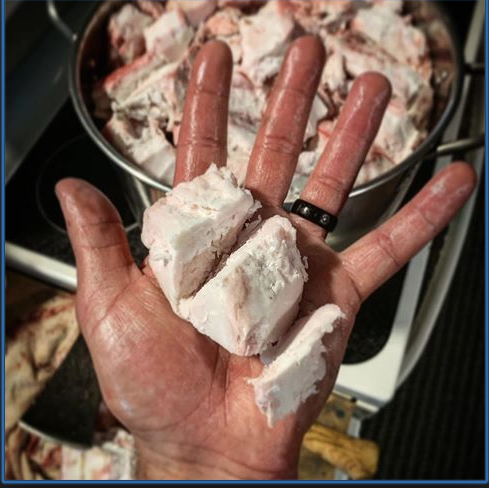 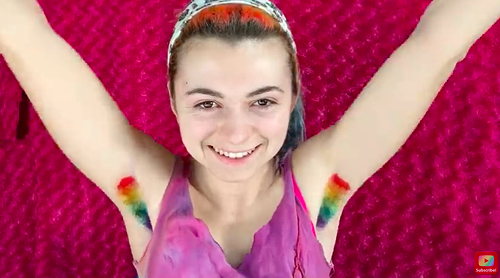 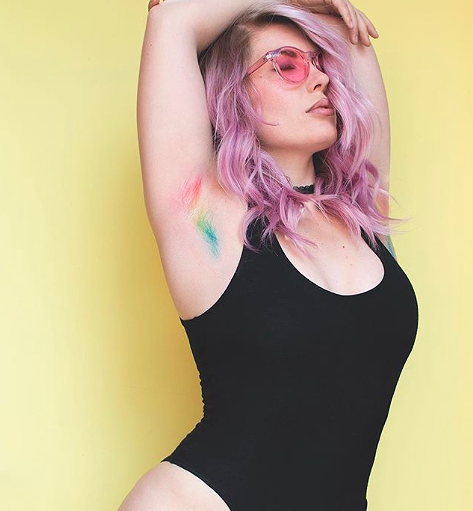 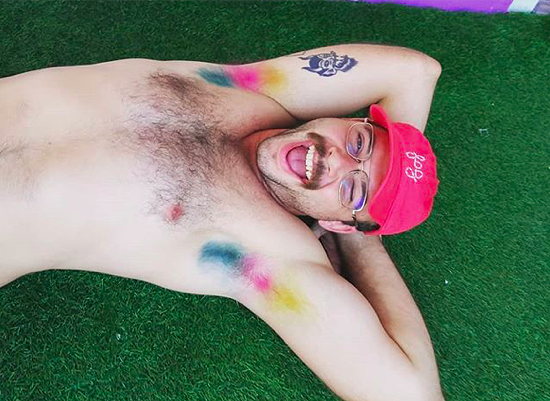