Lions And Tigers And Bears, Oh My! 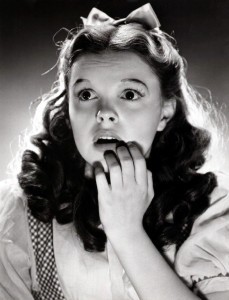 A couple visiting a safari park in Johannesburg, South Africa got a bit closer to nature than they expected after one of the Lions, a juvenile male, calmly got hold of the rear door handle in his teeth and pulled it open. After a shocked moment, the driver gunned the engine and the vehicle took off with the lion in hot pursuit. It was finally driven off by wardens at the exit gates (Daily Mail).

Meanwhile Mr Zhu, a 61 year-old retired teacher from China’s Jiangxi province, let his curiosity get the better of him during a vistit to the circus in Nankang, and put his hand though the bars of a tiger’s cage to feel its fur. The tiger promptly bit off four of his fingers. Zhu collapsed on the spot with shock, but survived to receive 3500 yuan (about $500) in compensation. The tiger was unharmed by the incident, but felt hungry again 15 minutes later (Times of India).

Less aggressive, but equally troubling, is the giant bear that has made its home near Lake Tahoe, Nevada, described by one resident as “super smart”. The residents of Incline Village are enduring almost nightly visits from a 700 lb black bear that has already caused $70000 of damage this year. The bear has evaded the traps set for it and the patrols looking for it, and has even survived a couple of rounds from a .44 magnum, one of which reportedly bounced off its skull (Las Vegas Sun).

In other (not actually) bear news, Australian marsupial pinup the Koala is looking at a bleak future according to recent reports. The loss of eucalyptus trees through deforestation, dog attacks and car accidents are stressing the animals to such an extent that they are succumbing to usually harmless viral infections. Frank Carrick of Queensland University’s Koala Study Program said the koalas were in “diabolical trouble” and that their numbers were “declining alarmingly”. (Washington Post). The Australian Koala Foundation estimates that there are fewer than 100000 koalas left in the wild, maybe as few as 43000, and the mainland population could go extinct in as little as 30 years (New Scientist).

Finally, a crocodile bit of more than it could chew this week when it strayed too close to a bloat of hippopotami and their young, who promptly formed a threatening defensive ring. Startled, the crocodile attempted to escape over the backs of the angry hippos, a fatal mistake. The croc’s scaly hide was no defence against the 3000-4000 lbs of bite pressure of an adult hippo, and it was soon crushed to death in their jaws (Telegraph).

It's a far cry from the cretaceous period where, according to new fossil finds, crocodiles were the extraordinarily successful inhabitants of a swampy region that was to become the Sahara Desert. Given nicknames like "boarcroc" and "ratcroc", the fossils show a plethora of different crocodile species living alongside each other, with each adapted to different ways of life. Some, like "dogcroc" and "duckcroc" have oddly shaped braincases that suggest they may have been considerably more intelligent than their modern descendants (Times).

This is a short video of a nice remote control plane. Even though it's in German, I really don't think a translation is necessary.

This is always funny as long as it's happening to someone else.

Death on the Slopes

Even Homer Simpson on skiis was not this monumentally moronic.

Well, now we know that not only is it illegal to sell crack, but it's also illegal to sell fake crack. A 40-year-old unemployed man, Timothy Allen Riggin, was caught selling bread as crack in Fort Pierce, FL. That's right, he was selling little pieces of bread, the stuff you eat, as crack cocaine. I kind of feel bad for the people that may have purchased it from him, but then again I don't. Apparently, he was trying to sell the fake crack to help pay his bills. He is being charged with "felony possession of counterfeit controlled substance with intent to sell within 1,000 feet of a convenience store charge and a misdemeanor count of resisting without violence." Yes, there is a mugshot.