The latest invention from Japan. Sold by Thanko.

If you're wearing shorts, you could also use it as a crotch fan. 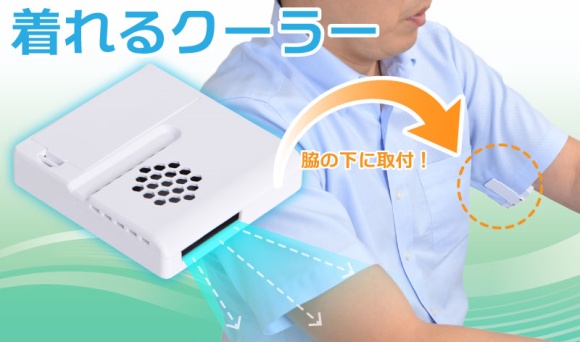 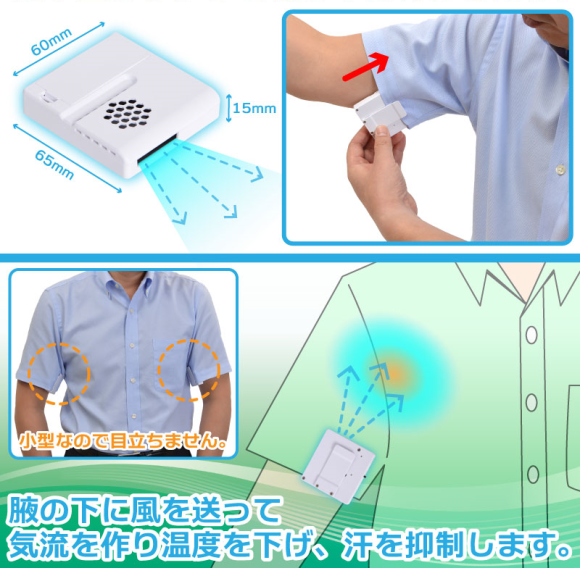 
Comments
I know I have stinky pits, but you really want me to spread that CHEER around the whole office? Or, are you intending this to only 'dry' the stink straight into my nose, only?
Posted by Greg on 07/15/16 at 09:17 AM
Not the worst idea ever. The main problem is that short-sleeve dress shirts are an abomination against male fashion. I'll occasionally see someone wearing a tie with a short-sleeve dress shirt, which is blasphemy heaped upon abomination. I find it difficult to restrain myself from throwing them over the nearest atrium railing.
Posted by A Nonny Mouse on 07/15/16 at 09:28 AM
When I saw the headline the first image that came to mind was that the fan is clipped to your armpit. Ouch.
Posted by Jim on 07/15/16 at 09:41 AM
Funny, the mention of using it as a crotch cooler. Older cars from the '40's through the '60's had vents aimed at said portions of the driver. Not sure why the feature doesn't appear more often today.

OTOH wouldn't the vibration when used as a crotch cooler incite impure thoughts on the part of the user?
Posted by KDP on 07/15/16 at 10:28 AM

Obviously invented by a guy. And wouldn't a battery that close by your arms heat up the area more than a fan would cool it down? It's the same principle of cooling yourself in front of an open refrigerator: the net overall effect is a warming up of about a half degree. No cool-down at all!

Just skip it all and do what us smart women do in the dead of summer: stick a second set of clothes in a nearby freezer and alternate outfits every couple hours!
Posted by Jessica on 07/15/16 at 01:32 PM

I'm going to take a wild guess that some enterprising fellows have already found a way to increase this thing's vibrations while using it as a crotch cooler, thereby intentionally inciting said impure thoughts.
Posted by Virtual on 07/15/16 at 02:24 PM
I like it, what's all the stink about?
Posted by GFinKS on 07/18/16 at 09:12 AM
@Nonny Mouse: Ties are an abomination against men!
Posted by Expat47 in Athens, Greece on 07/19/16 at 12:44 AM
Commenting is not available in this channel entry.