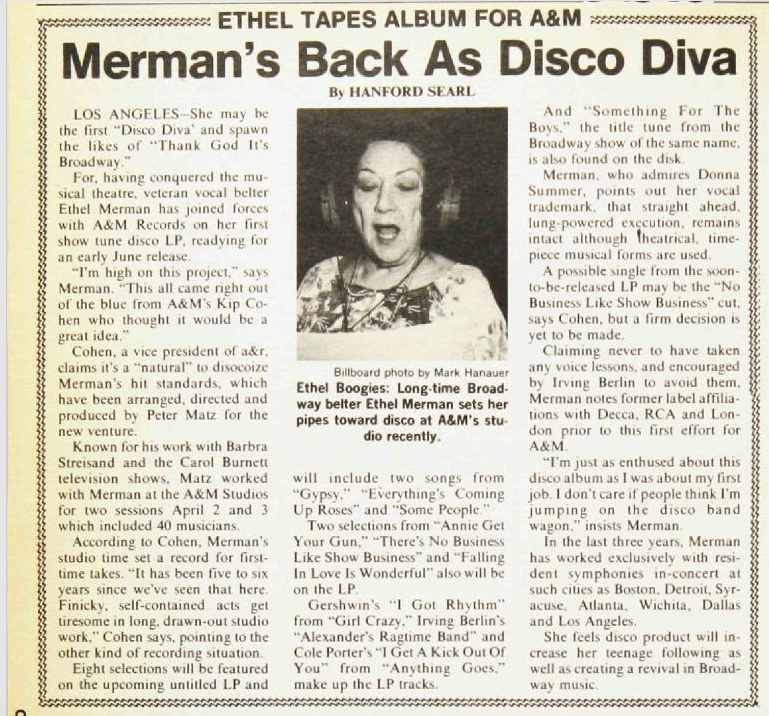 
Posted By: Paul - Thu Aug 10, 2017
Category: Excess, Overkill, Hyperbole and Too Much Is Not Enough | Music | 1970s | Cacophony, Dissonance, White Noise and Other Sonic Assaults


Comments
Rhino Records released a series of compilations titled "Golden Throats", which featured celebrities not known for their musical abilities or singers outside their usual genres attempting to perform popular songs. Imagine Bing Crosby attempting "Hey, Jude." Or Phyllis Diller performing "(I Can't Get No) Satisfaction."

Amazingly, I remember this. It was the moment when everyone realized that disco had finally "jumped the shark."
Posted by Brian on 08/10/17 at 11:59 AM
NOT the golden age of music...

And I'll second the "Golden Throats" suggestion from KDP. Not sure if it's on that series but I recommend (?) looking for Bill Cosby...err..."singing" "Sgt. Pepper's Lonely Hearts Club Band".