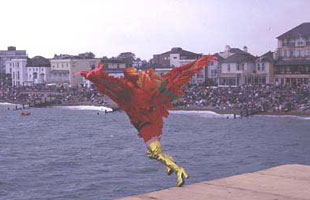 
Comments
that's the way of this economic downturn. offer rediculously expensive unnecessary perks for the ultrarich and screw the working man with higher prices and minimal service.
thomas cook- how many on the flight if only 71 had the sense to change plans?
ba- yeah that's what i want, a resentful candy striper pilot.
great post dumbfounded!
Posted by Patty in Ohio, USA on 06/24/09 at 09:02 PM

I've taken my Yorkie on flights as hand-luggage before. Delta has been doing this for a while. Not so sure about other airlines. But yeah I guess I started flying with my dog five or six years ago. Helps to get a flight that is likely to have empty seats and to sedate the dog.
Posted by Pablo on 06/25/09 at 12:57 PM
especially a yorkie, they are cute but also hyper. 😊
Posted by Patty in Ohio, USA on 06/25/09 at 02:01 PM
Commenting is not available in this channel entry.