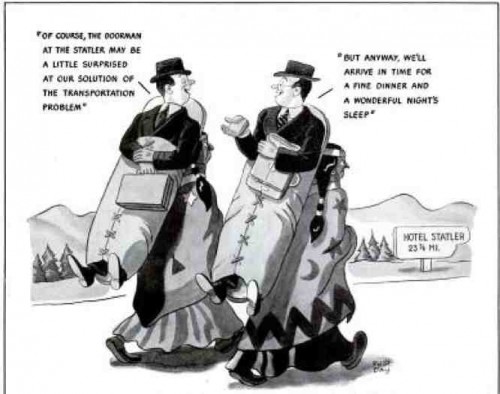 Our customers are self-centered slavedrivers.


Comments
Very Green! Shows good use of native resources in a time of war.
Posted by Expat47 in Athens, Greece on 08/10/11 at 10:37 AM
Almost a secret message there. White industrialists built their fortunes on the backs of the indigenous people they displaced. Not the message they were trying to send though. 😊
Posted by Patty in Ohio, USA on 08/10/11 at 01:46 PM
Which of these were you going for, Frank?