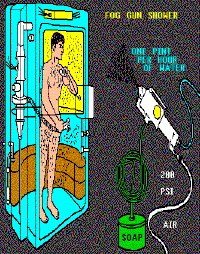 
Comments
Sounds like fun to me, I would absolutely buy one if they were made available.

Didn't Ripley use something similar in one of the Alien movies? Or was that sonic?
Posted by MadCarlotta on 07/28/08 at 01:31 PM