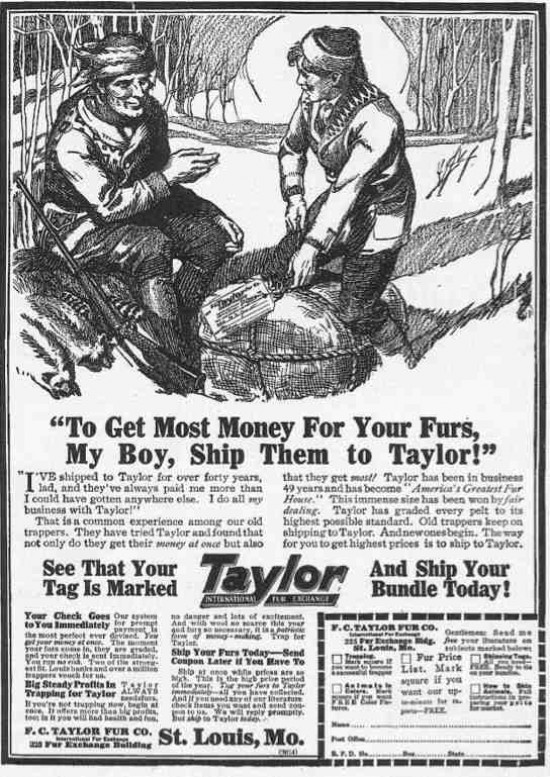 
Comments
All the farm kids that I knew, growing up ('50s), trapped various critters. Muskrat was the most common but an occasional mink or even a beaver one time. Then there were fox, ground hog, and all manner of furs that could be sold. Even some birds' feet brought bounty.

I only hunt beaver 😜
Posted by BrokeDad in Midwest US on 10/23/12 at 02:39 PM
Many parts of America were built and financed on the fur trade.

To follow up on the B.S.A. handshake question we had some weeks ago: While going through mom's stuff I came across a Boy Scout Handbook from 1920. The explanation of the handshake was that it would identify Scouts to each other, much like a fraternity handshake. The book was published only ten years after the founding of the B.S.A. so I figure the explanation is correct. 😉
Posted by KDP on 10/23/12 at 03:54 PM

I saw a rabbit skinned once and that was enough for me. (yes, it was dead)
Posted by Patty in Ohio, USA on 10/23/12 at 09:45 PM
Commenting is not available in this channel entry.