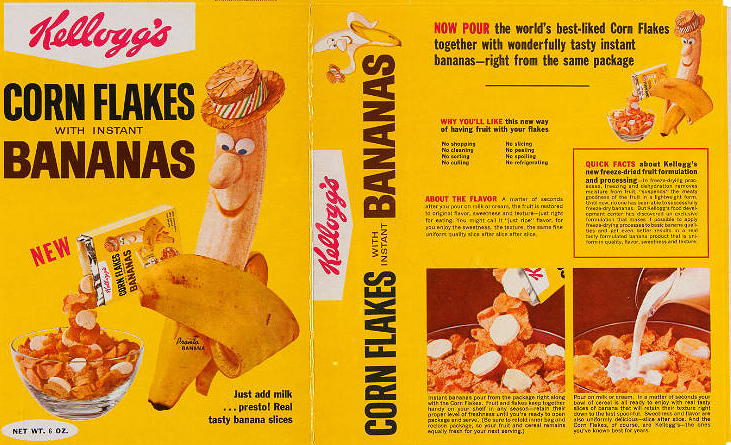 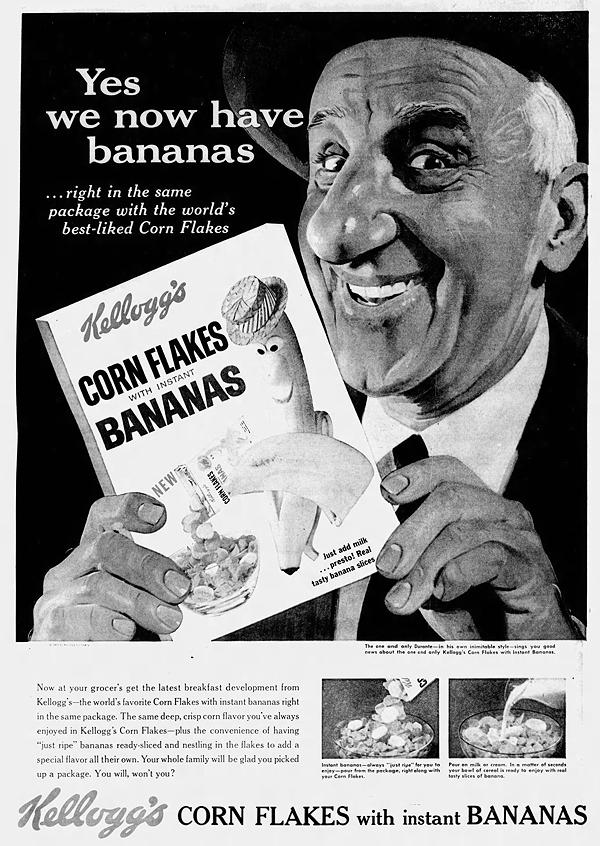 
Comments
“Instant Bananas” would be a great name for either a rock group or a porno.
Posted by Brian on 05/07/20 at 07:55 AM
The statement by the store owner critic was the first thought that crossed my mind. There seem to be two types of dried banana - The first would the slow dried type that is solid and crunchy and does not absorb liquid or moisture readily. The second type are the freeze dried type and I'm betting that is the type found in the cereal from the description. In my experience, bananas do not do well when reconstituted. "Cardboard pucks", indeed!
Posted by KDP on 05/07/20 at 06:57 PM
My parents actually bought this cereal a few times when I was a kid. Those bananas did indeed taste more like cardboard than fruit.
Posted by David Plechaty on 05/09/20 at 01:43 AM
Commenting is not available in this channel entry.