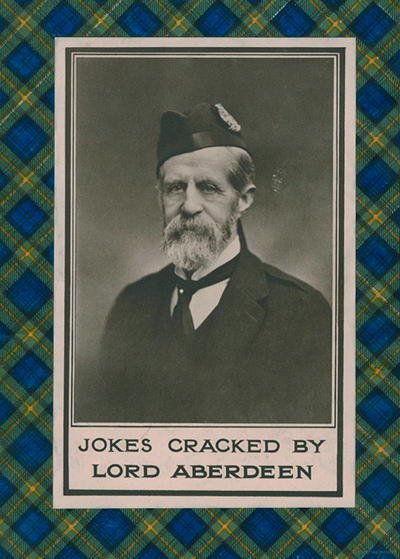 An old farmer had become a widower. A neighbor called to express condolence. The old man, in gratefully accepting the assurance, said that he would like to tell his visitor the circumstances of the loss he had sustained.
"A while ago I wasna feelin' verra weel, an' I sent word to the druggist, telling him what like the trouble was, an' he said he wid sen' me some pouthers, but by the time the pouthers cam' I wis feeling' a good piece better, so I just put them past, thinking they micht be o' some e'es anither time; an' then, soon after, the wife took ill, so I thocht she was be better for the pouthers, so I gied them to her, but she didna improve ony; and sune she jist slippit awa'."
"Dear me!" said the visitor, "how very sad."
"Ay," said the other. "It's terrible; but, man, isna it a maircy I didna tak' thae pouthers masel'?"
pouthers = powders, or medicine.


An Englishman who was saying farewell to a French acquaintance (though his knowledge of the French language was slender) said, 'Au reservoir', to which the Frenchman, whose knowledge of English was likewise imperfect, replied, 'Tanks'.


Comments
To be fair, the Dauvid and Sandy one is good. ISIHAC's Hamish and Dougal avant la lettre.

The Dauvid and Sandy one reminds me of the meme: