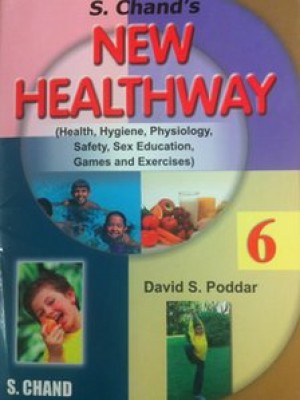 A textbook being used in some schools in India describes "meat eaters" in highly unflattering terms. Apparently, according to the book New Healthway, those of us who indulge in "flesh food" are liars, cheats and sex offenders. Gee, I didn't know protein caused criminal behavior.

Over the years we've noticed that some of the EFL books the wife came in contact with were bias and stood out on one subject/theme or other. Books going into Muslim countries have to be scrubbed of references to certain acts, booze, etc. So, while this one seems to be on the edge of extreme the practice is pretty common.
Posted by Expat47 in Athens, Greece on 11/17/12 at 12:20 AM

Sorry, PETA, I have the dentition of an omnivore. I see no reason to artificially limit my choices.

BTW, the "all vegetarian" diet fed to chickens is loony, too. Chickens (like most birds) are "opportunistic carnivores", meaning that while they don't hunt it down, if a piece of meat is stupid enough to stray within range, it's dinner. What, you thought worms were made of vegetables?
Posted by TheCannyScot in Atlanta, GA on 11/17/12 at 09:03 AM

@ ExPat--Do you mean extreme in the same way certain cities and states in the United States have banned teaching evolution, safe sex, and tolerance of various religions and sexual orientations? It's the same thing --- religious conservatives deciding what and who is "good" and "bad." I'm fairly sure those behind the denigration of meat-eaters in this Indian example are members of a religious sect whose dogma includes vegetarianism. Cool if you believe it, but don't condemn others who don't believe the same thing, in India or the U.S.
Posted by ScoutC on 11/17/12 at 09:59 AM
@ScoutC: Targets and severity thereof drift and change over the years and decades but there is always some issues being pushed or touted in the choice of materials used in the books.
Posted by Expat47 in Athens, Greece on 11/17/12 at 10:49 AM
Zealotry=idiocy in most cases.
Posted by Patty in Ohio, USA on 11/17/12 at 11:34 AM
Just chiming in to let you all know that a vegetarian reads this blog. I hate PETA. They euthanize far, far more animals than they legitimately help, and that's opinion you'll see echoed all over animal rights groups. They've lost a lot of the popularity they once held, for good reasons.

I don't eat meat because my dad had this great idea that I should learn how to raise and butcher my own meet when I was third grade. I named all the chickens and the who experience scarred me for life. Nevermind that the chickens people eat today are genetically engineered so that, if they are rescued and allowed to eat all they want, they become so heavy so quickly that they can't even walk. They live their short lives in cramped cages. This isn't the "natural cycle of life" any more. This is us turning living, feeling creatures into nothing but a food product and choosing to ignore that they still have feelings.

Not all extremism is representative of stupidity. I rarely even mention my dietary choices. But never assume that someone who is not like you is automatically less intelligent or associates with groups like PETA. I like Farm Sanctuary. 😊
Posted by Cindy on 11/17/12 at 11:07 PM
Welcome Cindy,

I'm 99.9% sure being a vegetarian isn't the same as being a zealot and just because you don't love, adore and worship bacon can be excused because you KNOW THE TRUTH about P.E.T.A.

Zealotry=idiocy in MOST cases. Not all Cindy, not all. Welcome to WU dear.
Posted by Patty in Ohio, USA on 11/18/12 at 12:53 AM
Cindy, I used to have a boss who was vegetarian for much the same reason as you are, so I understand where you're coming from. Like Expat said, being vegetarian does not make you a zealot, any more than being Catholic makes you an Inquisitor. It's not vegetarians we omnivores complain about (although we may shake our heads sadly, but that's another story); it's the zealots.
Posted by TheCannyScot in Atlanta, GA on 11/18/12 at 10:42 AM
Welcome Cindy!
Your comment reminded me of the kids I see at the county fair that are displaying their 4H project animals. The kids who name their animals tend to give them names that will remind them of what is the fate of most farm animals. The most memorable were two young women I met last year, One named her pig HAMilton,Hammy for short, The other named hers
Bea, I asked her if that was after Aunt Bea from the Andy Griffith show.
She told me no it was short for BLT, Her favorite sandwich! :coolsmile:
Posted by Tyrusguy on 11/18/12 at 12:04 PM
Commenting is not available in this channel entry.