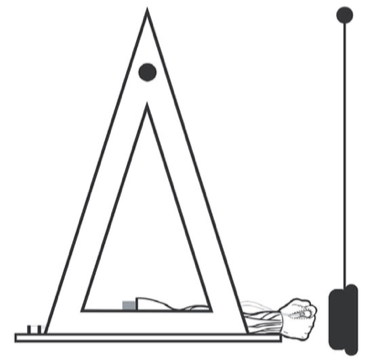 
Comments
This thought from the same state that thinks getting hen-pecked by 4 women is better than just one.
Posted by Expat47 in Athens, Greece on 10/24/15 at 08:50 AM
Just one more example of "given enough money, a researcher can prove anything."

I find their arguments specious. There might have been some evolution towards fist use, but it was much more likely caused by the need to protect food. When someone squats next to you, trying to share in the deer/boar/whatever you just killed, that's the time for a swift uppercut, which is the most effective blow.

The vast majority of fighting over women, historically and modern, involves weapons. Even in spontaneous bar fights, men instinctively grab a beer bottle.

If our hands were much wider than they otherwise need to be, that might have been evolution caused by the need to fight over women. A wider hand would give more control of a club or spear.
Posted by Phideaux on 10/24/15 at 02:10 PM


There's a reason these guys are at the University of Utah.
Posted by Harvey on 10/25/15 at 12:30 AM
I don't think there is an evolutionary distinction between the reasons for fighting, It is necessary for survival whether for food or the opportunity for procreation. The reasons for evolutionary changes are not simplistic or singular I am sure.
Posted by Patty in Ohio, USA on 10/25/15 at 10:25 AM
This "research" is pure garbage. They basically followed the mantra of "decision driven data" instead of "data driven decisions". All they proved is that a closed fist is less likely to result in broken bones.

There are many, many reasons why a human might have to clench their fingers in that configuration; their conclusion is dubious at best.

Remember, the lack of disproving a complex theory in one simple, indirectly-supporting experiement does not prove the theory! I could use the same type of poor theory testing by stating that we all evolved 300 meters under water with some as-yet-undiscovered breating apparatus, and that the fact that humans can survive water pressures at 300 meters of water depth PROVES IT! 😊

Sheesh. This is the state of science (at least anthropology) in the USA today? No wonder we're in such bad shape!
Posted by Kyle Morgan on 10/28/15 at 12:49 PM
I didn't want to say anything before because, I ass/u/me that everyone with 2 (or more) active brain cells knows that the clinched fist evolved so Cave Man could drag his reward into this cave after he'd whooped her on the head with his club. See Illistration
Posted by Expat47 in Athens, Greece on 10/28/15 at 12:59 PM
Commenting is not available in this channel entry.