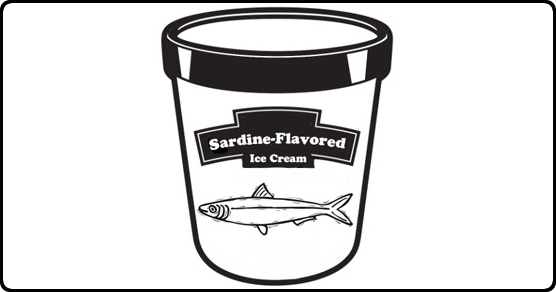 
Comments
Wrong blog. This goes in the Demented Universe.
Posted by Virtual in Carnate on 03/29/20 at 09:51 AM
The Japanese are famous for weird ice cream flavors. Just google "weird Japanese ice cream flavors" and you'll find many articles. In Queens, NY there's an ice cream shop called Max and Mina's that specializes in weird flavors. I heard an interview with one of the owners in which he was asked what was the weirdest flavor they had sold. "That would have to be herring," was the reply.
Posted by ges on 03/29/20 at 10:54 AM
Still not as weird as snail porridge.