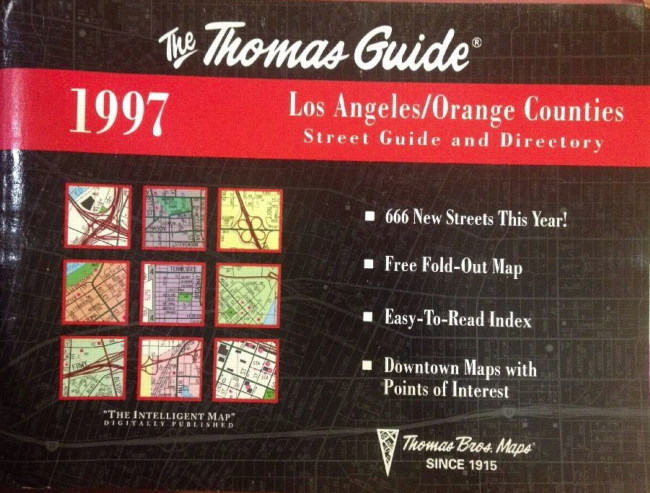 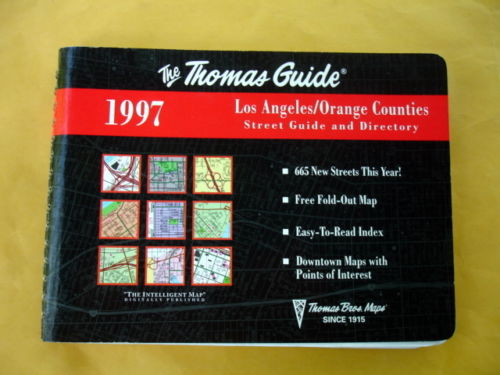 
Comments
Yes, it's satanic code. It was the signal for demons to descend upon LA and wipe it from the face of the Earth. (We should be so lucky.)

Sadly, I've seen fanatics in all sorts of places.

Locally, there was a court case concerning Amish horse-drawn carriages having to carry the standard 'slow moving vehicle' sign. Some didn't want it because it's triangular, and apparently, to their mind, anything 'three' represents the Trinity. I didn't delve too deeply into why they found that offensive.

(And what's with this site? For the last year or so, sometimes when I try to post, it rejects it, apparently because I didn't do the Captcha, but there isn't one on the page!)
Posted by Phideaux on 10/29/15 at 04:04 PM
I used to work with a guy who claimed that I was going to drive him to drink. I always replied to wake me when we arrived.

Phideaux, I get the same once in a while. I usually get a message that the captcha doesn't match, but haven'r been totally rejected without the warning. The Preview button gets me to where I need to be in that case.
Posted by KDP on 10/29/15 at 05:02 PM
Do you use AdBlock? Or Disconnect? (extensions for Chrome or Firefox)
If so, they will block the CAPTCHA as they come from a different domain than the page.
I have experianced this before, if fact right now... LOL
Posted by AJfixit on 10/29/15 at 06:46 PM
I like the number 666. Perhaps some one out there can explain why it's the number of the devil?
Posted by Gator Guy on 10/29/15 at 07:15 PM
I've had customers freak out and buy something extra when their total is $6.66. I want to say "TOO LATE YOU HAVE INVOKED HIM!"

Of course, back in those days people claimed there were backward Satanic messages in the theme song to Mr. Ed.

"Oh, Satan is Lord, of course, of course!
And no one defies the Lord of the Flies of course!
Unless of course that demon horse is Satanic Mr. Ed!"

The site uses "invisible captchas." Basically, instead of having a person fill in the captcha, the browser itself is asked to solve a simple mathematical problem. If javascript is enabled, the browser goes ahead and does this, and the person is allowed to post -- without ever having seen the captcha process. But if javascript isn't enabled (or isn't working quite right, for some reason), the person gets a message saying that they failed to do the captcha.

It works because most spammers, for whatever reason, keep javascript turned off. Whereas most regular people keep it on.
Posted by Alex on 10/30/15 at 04:30 PM
@Alex -- Thanks! It just seems odd that sometimes it takes it without a problem, and sometimes it rejects it but then takes it when I hit submit again without doing anything else.
Posted by Phideaux on 10/30/15 at 06:06 PM
Phideaux -- it's those Internet gremlins doing their thing.
Posted by Alex on 10/30/15 at 06:37 PM
Since we are all friends here I will admit that the number makes me uncomfortable. I'd hate to have it in my phone number or address. But then I was raised by a woman who once smacked me for rocking an empty rocking chair (bad luck) and also once had a complete meltdown because a bird got in the house screaming "SHUT THE BEDROOM DOORS!" because if a bird gets in and lands on a bed it means there will be a death in the family. Yeah, she was a great mom but she was superstitious as all get out. So when I say the number of the Devil makes me uncomfortable that is a pretty mild reaction considering.
Posted by Patty in Ohio, USA on 10/30/15 at 10:55 PM
Ok, John wrote the book of Revelations while living in a cave on the isle of Patmos (been there - great religious site). Because there's nobody left that REALLY knows Alexandrian Greek (ancient) the number could be either 666 (or 616) and is referred to as The Mark of the Beast. If you're interested the beast is defined in chapter 13.
Posted by Expat47 in Athens, Greece on 10/31/15 at 01:16 AM
Many high-rise buildings don't have a 13th floor.

And then there is left handedness. We had an engineer who would break out his multiple sources of the evilness of anything left or left handed.

In the 80's and early 90's we used the multi volume Thomas Register to look up companies across the US based on the type of service/product we were looking for. 30 books or more, 18" tall by 4'' thick. thank goodness for the internet these days.
Posted by GFnKS on 11/03/15 at 11:10 AM
@GFnkS -- TomCats were great! With a set of those and a McMaster-Carr catalog, I was ready for anything.
Posted by Phideaux on 11/03/15 at 11:25 AM
I seem to recall an article, I think it ran in News Of The Weird, about a company that had their employees wear t-shirts with the number of days without an accident on them. As they neared the 660s, a few employees began to balk at having to wear 666.
The best part was how the company handled it: they hired a priest/religious scholar to come explain to the employees that they only needed to worry about having that number branded on their skin, and then only if it was on their forehead or right hand.
Posted by SpyOne on 11/03/15 at 11:44 AM
Commenting is not available in this channel entry.