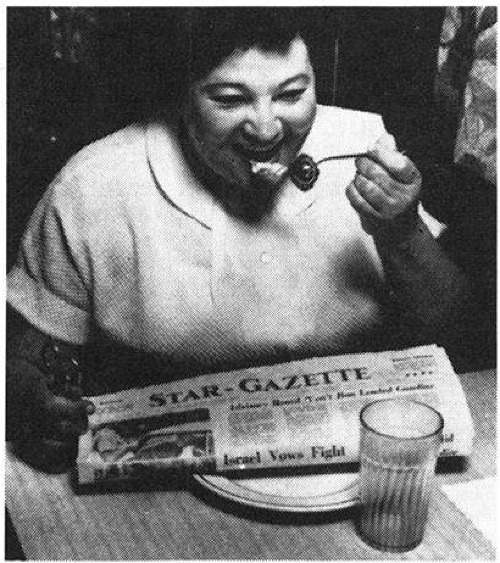 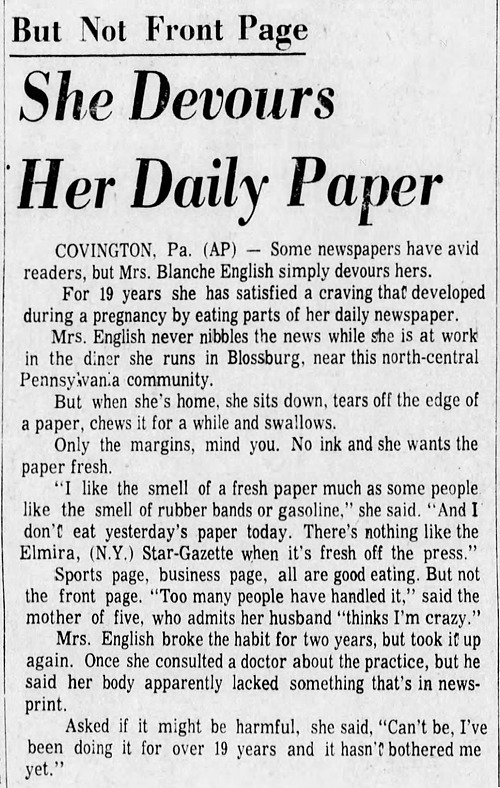 
Comments
Good thing she didn’t eat the inked parts. Until the 1980s, newspaper ink generally contained a fair amount of lead.
Posted by Brian on 03/19/18 at 11:01 AM
She was on a high-fiber diet. I'm curious about her cause of death. Sixty-eight is certainly below the average life expectancy.
Posted by ges on 03/19/18 at 09:32 PM
Commenting is not available in this channel entry.