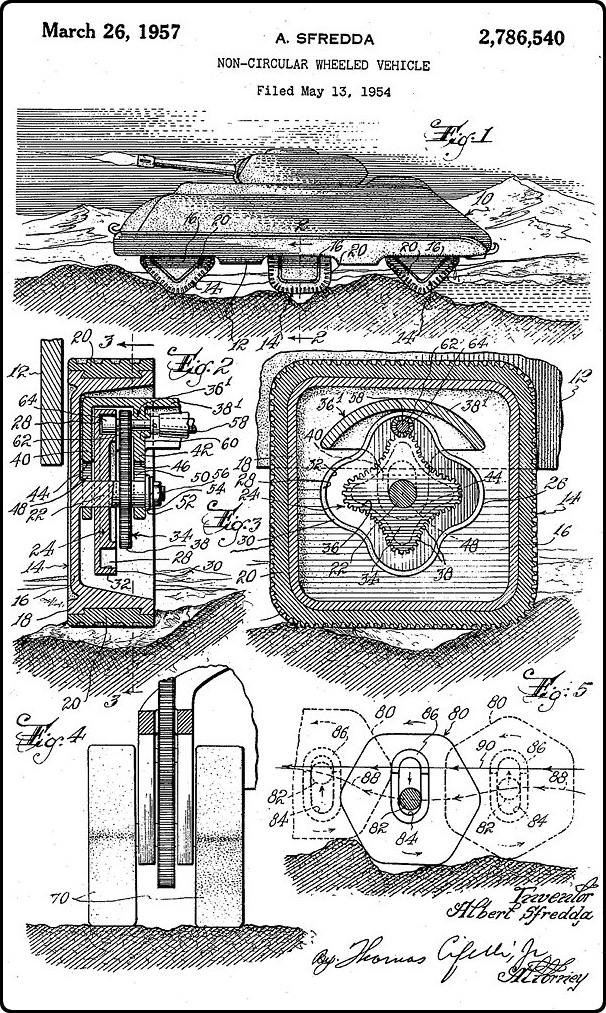 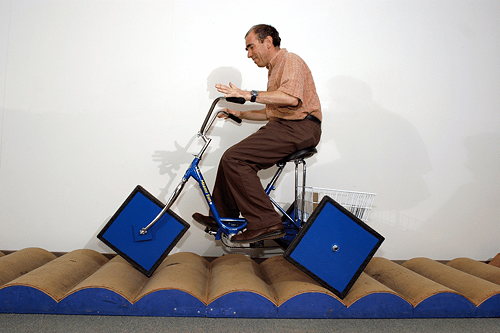 
Comments
Notice that a modern tracked vehicle takes along its surface and rolls its wheels on top of the surface to impart motion for the tank. In that manner there is a smoothing out across the surface along with traction.

A look at a modern Abrams tank will show what is involved - the upper speed of the tank across smooth surface is near or better than 50 M.P.H. and the speed across rougher / softer surfaces is very good. Much better than a purely wheeled vehicle which would probably bog down in soft soil / mud.

That squared off wheeled vehicle could require a more complex "differential" for corners and that is probably why it never found favor.
Posted by KDP on 07/21/21 at 05:49 PM


Another problem: wouldn't this only work on terrain with the right size of roughness? If the humps in that bicycle track were twice or two-thirds the size, the thing would never move.
Posted by Richard Bos on 07/24/21 at 08:56 AM
Commenting is not available in this channel entry.