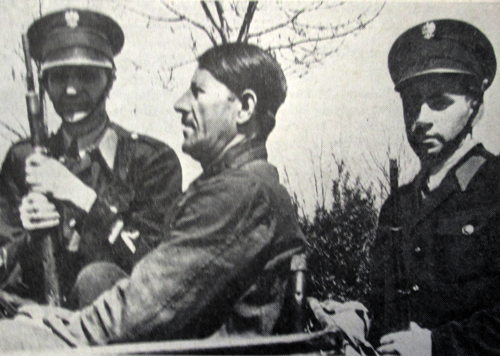 And that's what they were: rumours. It took decades for actual proof to emerge. Until then, we only had the word of the Russian soldiers who discovered the Führerbunker that Hitler really did commit suicide. Even then it may have been quite likely true, but paranoid beliefs that he might have escaped, or even been captured by the Russians for their own nefarious purposes. Unlikely? Well... consider Werner von Braun...
Posted by Richard Bos on 05/29/14 at 10:56 AM