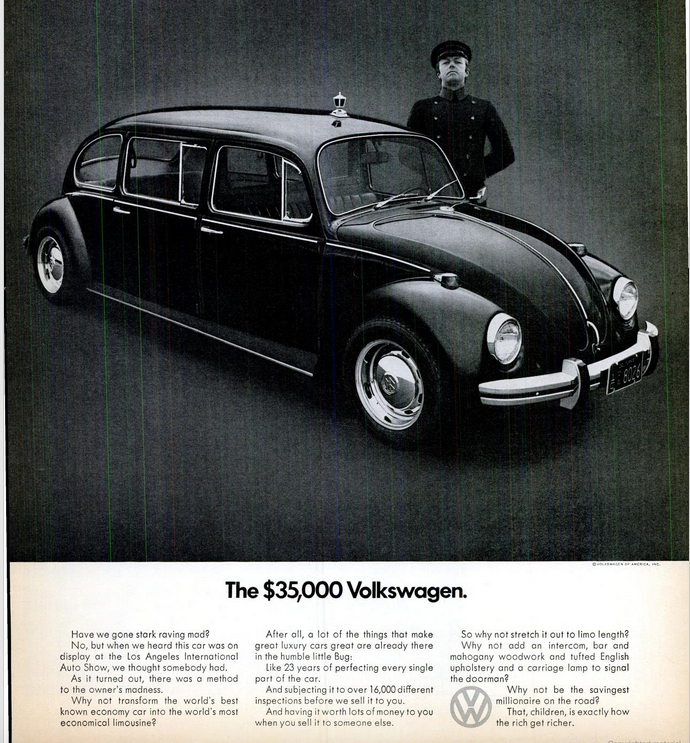 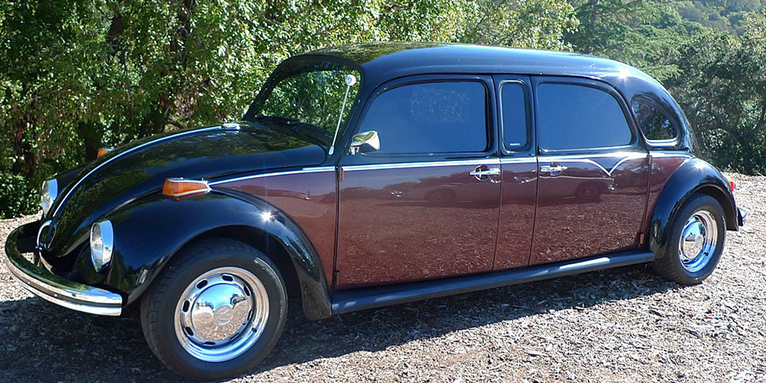 
Comments
At least with this one, I can tell which way it's supposed to go.
Posted by Virtual on 04/05/17 at 08:51 AM
"Feels like a (pale imitation of a) limo; sounds like a Volkswagen!"
Still waiting for the Prius limo--"Red-carpet environmentalists—put your money where your mouth is".

In the U.S. the Beetle engine could no longer meet increasingly restrictive emission standards and imports halted after 1979. A four door version would have been nice. A main reason that the air cooled engine VW hung on in the South American / Mexican markets was less restrictive exhaust emission standards and for its use as a taxi. The sedan finally met its demise in those markets when the governments decreed that taxis must have four doors for passenger use.
Posted by KDP on 04/06/17 at 01:18 AM
Commenting is not available in this channel entry.