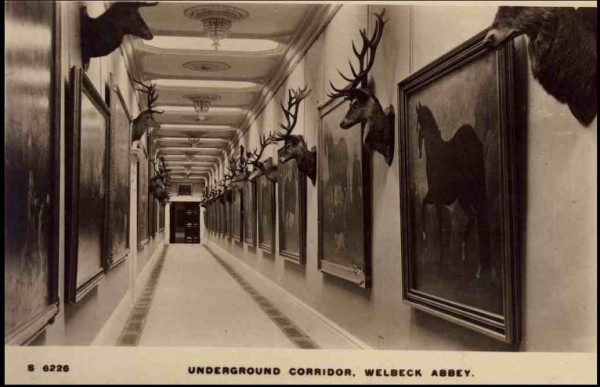 Comments
The true story is that the 'duke' was really a female that the previous duke (her father) had never acknowledged as such (even going so far as to claim the babe was male) and, having been treated as a male her whole life took on that role. Had her true sex been discovered she would have been dispossessed of all her holdings and/or forced into marriage.

The Old World is full of stuff like this. There are two former chateaux in Cognac, France that are linked by a tunnel under the river.
Posted by KDP on 01/27/15 at 02:41 PM

Yet another sign that all titles of nobility, and the rights, and wealth, and privileges, that come with it are just another control mechanism to keep POWER and MONEY in the hands of those they can control.
Posted by atrax72 on 01/28/15 at 03:52 AM
Some people are just shy.
Posted by IntrovertExtrovert on 01/28/15 at 11:23 AM
Eccentric, weird English lords and ladies.
Posted by Gator Guy on 01/28/15 at 06:20 PM