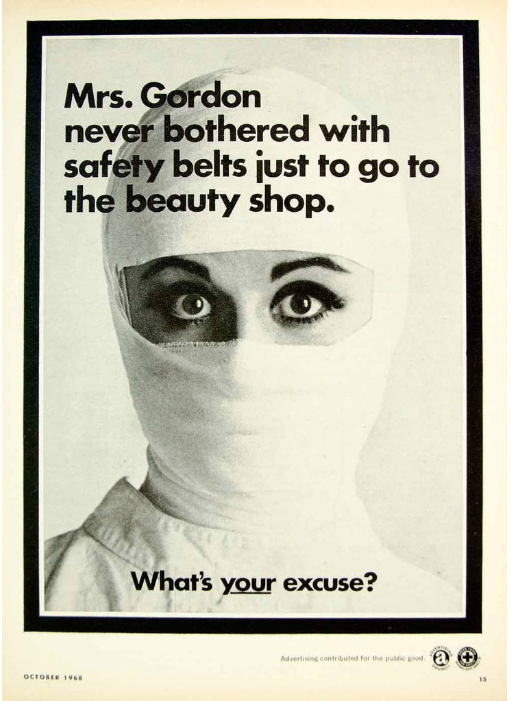 
Comments
My father, whose occupation was a city firefighter, told me that he had never cut a dead person from an auto wreck who had been wearing a belt at the time of the crash. And that was back in the 1960's when restraining belts were becoming mandatory in autos.