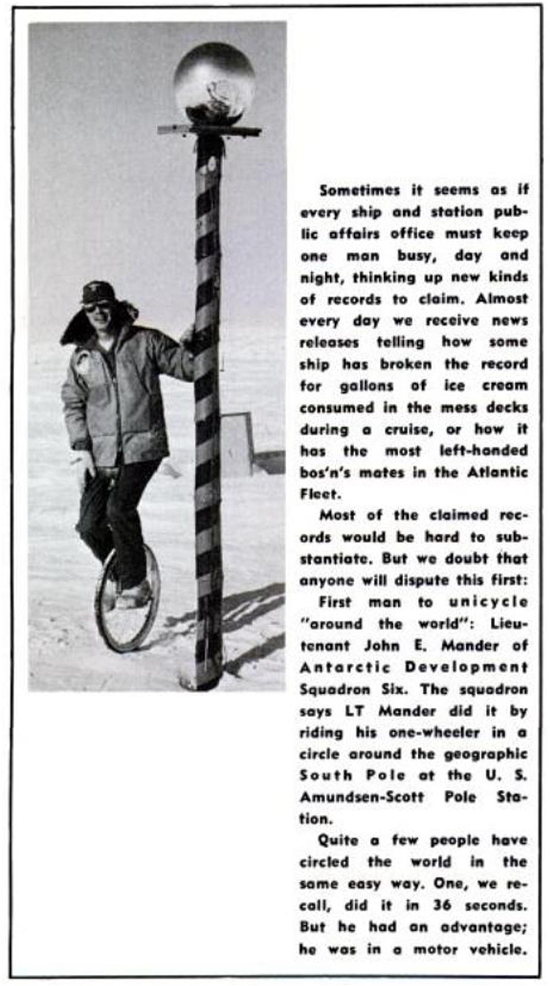 
Comments
Well, how obvious to install a pole to mark the South Pole, And candy cane striping to boot! But, is that a snow-globe on the top of it? If so, I'm trying to figure what's inside it, because we all know Santa is up the other way. Perhaps it's a penguin diorama.

That's actually the "Ceremonial Pole" where politicians who made it to Antarctica like to be photographed. The REAL South Pole is a hundred or so yards away and is a simple metal spike in the ground. Learned this from 'Pole to Pole' with Michael Palin.
Posted by Brewvet on 02/28/22 at 11:17 AM
There should be a Norwegian flag flying at the South Pole.
Posted by Patrick on 03/01/22 at 06:10 AM
More like a Chilean flag. Norway already has part of the North Pole.
Posted by Yudith on 03/06/22 at 02:23 PM
Hi Yudith,
My comment was just meant to be a tribute to Roald Amundsen, whose exploration party from Norway was the first to reach the South Pole. My ethnic heritage is one quarter Norwegian (one set of great-grandparents immigrated to the U.S. from there). My wife has Italian ethnic heritage (one grandmother), and I kid her that Leif Erickson got to America first, but that Christopher Columbus had a better publicist. Anyway, I hope that we can be silly and light about these things and not get into arguments.
Posted by Patrick on 03/07/22 at 07:08 AM