Psychologists have found that a person can easily become habituated to a repeated stimulus. But if the stimulus is removed, its absence can itself be perceived as a kind of phantom stimulus. This is known as the "Bowery-el phenomenon" — named after the Bowery el (or Third Avenue el), the elevated rail line that used to run through New York City. The cognitive scientist Karl Pribram explained the term in a Jan 1969 Scientific American article, "The Neurophysiology of Remembering":


For many years there was an elevated railway line (the "el") on Third Avenue in New York that made a fearful racket; when it was torn down, people who had been living in apartments along the line awakened periodically out of a sound sleep to call the police about some strange occurrence they could not properly define. Many such calls came at the times the trains had formerly rumbled past. The strange occurrences were of course the deafening silence that had replaced the expected noise.
And there's a slightly fuller description at indiana.edu:


Apparently the omission of an event can itself be an event. A somewhat famous case of this is the Bowery El phenomenon. The Bowery El is a train the regularly runs through the Bowery, a less than desirable section of New York City. In the Bowery the track is lined by some apartment buildings. That residents of these apartments regularly call police to report suspected criminal activity (breakins, assaults) is not so unusual. However, for a period of two weeks in late the 1960s the police received un unusually large number of calls in the middle of the night. Even more confusing was that the police often found no evidence of criminal activity (breakins, peeping toms, etc.) apparently nothing was happening. At least not more than usual. As mentioned, after about two weeks the number of calls reduced down to the usual number. Some astute investigator noticed that at about the time the calls increased in number the Bowery El had stopped its 2:00 AM run. Apparently the residents of the apartments had habituated to the noise in the middle of the night. However once the noise stopped the residents dishabituated and the resulting OR woke them up. Since no one wakes up to nothing, the residents apparently assumed that something unusual had happened and called the police.
The indiana.edu article says the flurry of calls occurred in the 1960s, but I think they must be mistaken, since the Bowery el was torn down in 1955. 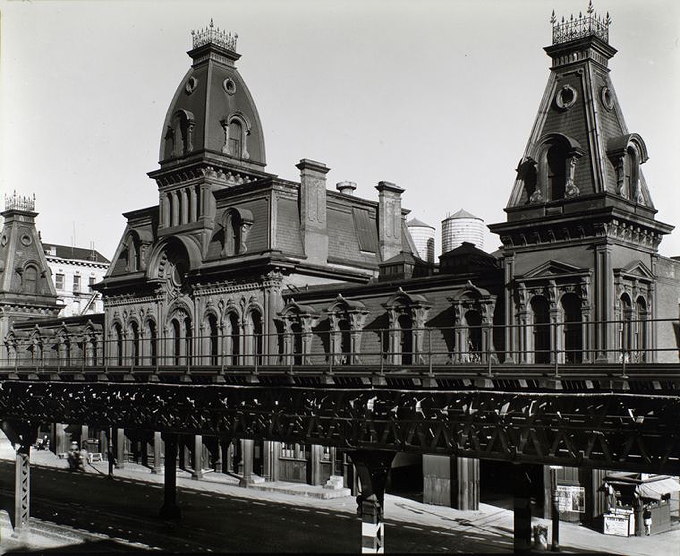 The Bowery el, aka Third Avenue el. Image via wikipedia