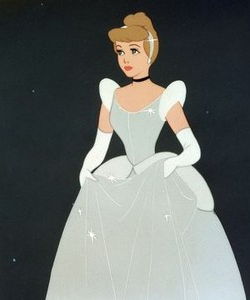 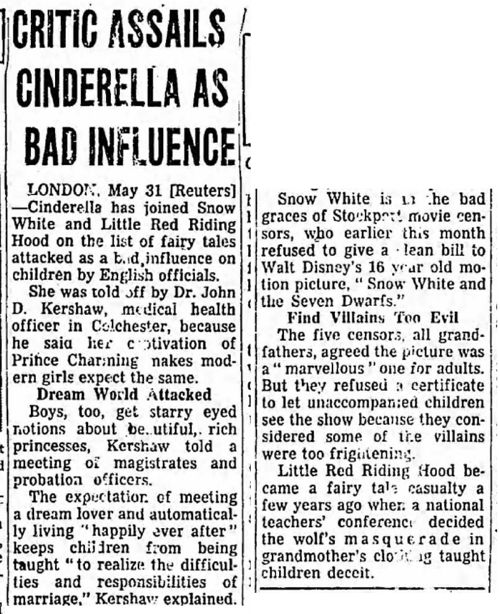 
Comments
Cinderella slept in the coal bin, worked hard while her stepsisters played, and dressed in rags.

Now she lives in a magnificent palace, has an army of servants at her beck and call, and has thousands of elegant gowns.


Oh yeah, just as Donald Duck has influenced me to walk around in public without any pants. Seriously, where do people get these notions?
Posted by KDP on 01/04/17 at 03:10 PM
It seems to me that we need Fluffy Bunny Slippers to come in on this shoe question. I wonder where ze is when we need hir.
Posted by Virtual on 01/05/17 at 06:00 PM
You cannot pick a medieval tale, show it in the 1950 and expect it to be feminist and empowering. Now, if you take today's Belle and the Beast... that's scandalously machist. When will we see the tale about the tower builder and his neighboring lord whose child get swapped by a distracted midwife? The lord's daughter was much more empowered in this one (and the builder's son was a happy moron, just like Cinderella).
Posted by Yudith on 01/08/17 at 07:10 AM
Commenting is not available in this channel entry.