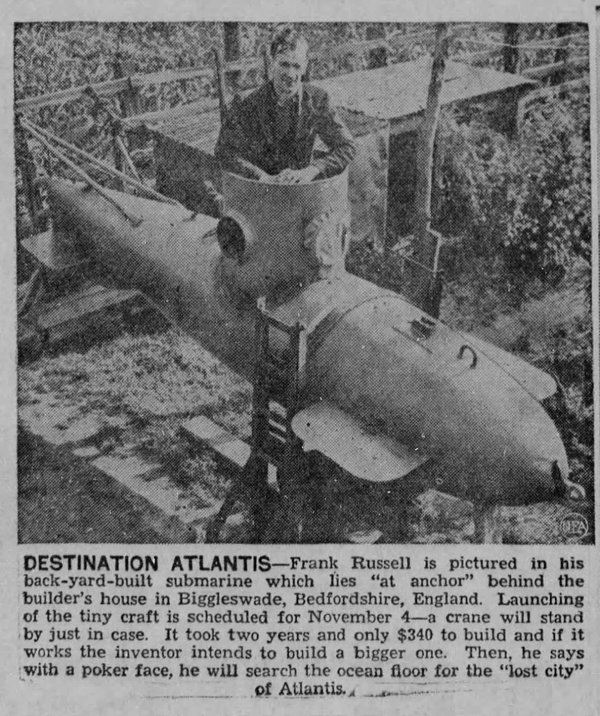 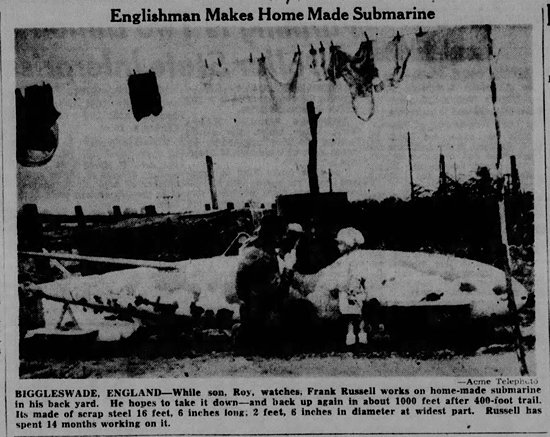 
Comments
If one wanted to perpetrate a hoax, Biggleswade was probably the prime place to do that. Apparently the journalists and citizens of Biggleswade were what you'd call simple folk. You know, morons.
Posted by KDP on 10/11/16 at 11:35 AM
The 2nd picture of the sub is the better one, since it includes the laundry line, complete with undergarments.
Posted by Virtual on 10/11/16 at 12:16 PM
Commenting is not available in this channel entry.