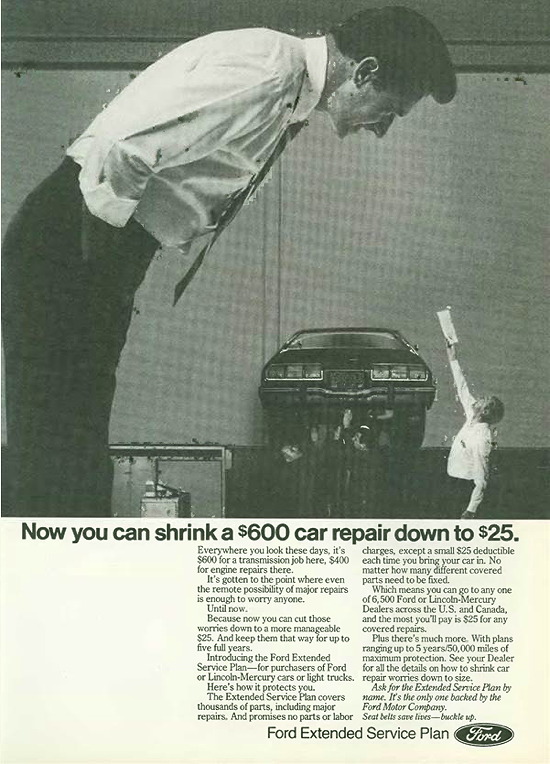 
Comments
The cars on the lifts appear to be a Mustang II, and Fairmont respectively. Both Ford offerings that spent a LOT of time in those locations.
Posted by John on 05/14/18 at 10:29 AM
My parent had one of those Fairmonts from that era, purchased new. It lasted about two years, even with the Ford Service Plan. I think the motor gave up first, followed by the transmission.

Actually, nearly any car from that time period was pretty much a rolling junk pile. I once worked with a girl who kept bragging about how great her boyfriend's Porsche 924 was, when it wasn't in the shop having something fixed, which seemed to be every other week. I finally shut her up by saying that a car that expensive shouldn't be spending any time at the mechanic's at all.
Posted by KDP on 05/14/18 at 10:58 AM

Meanwhile, my '79 Celica kept rolling and rolling.
Posted by Virtual on 05/15/18 at 08:32 AM
Commenting is not available in this channel entry.