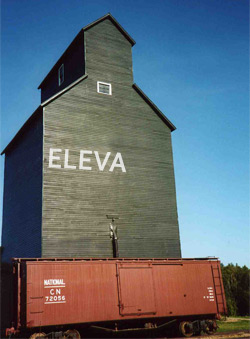 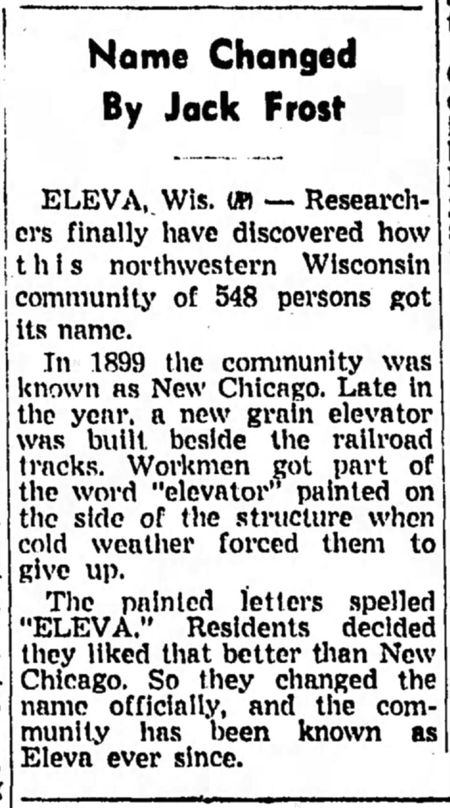 
Comments
I don't know about you, but it sounds like one Eleva place to live.
Posted by Greg on 06/08/16 at 02:22 PM
The history of the name of my hometown has variations on a theme also. It is the hub of a wine and table grape region in the Central Valley of California. Most stories credit Italian settlers with naming it after a city in the Old Country. Another has settlers from Illinois using their former town name for the new town. I tend to lean towards the Italian naming - at the time I was a kid, there were a lot of old Italian families in town and on the grape farms around the area.

The town would have remained obscure if not for a long haired folk - rock singer who penned a national hit song about being stuck in, yes, Lodi, California. There is no proof that John Fogerty was ever there. There was no venue or bar in town that hosted live music at the time.
Posted by KDP on 06/08/16 at 04:05 PM

There is a Lodi, Ohio too. I don't think anyone wants to be stuck there either. :lol:
Posted by Patty in Ohio, USA on 06/08/16 at 10:16 PM
I can't find the slightest reference to an Eleva in France, so I'll believe the paintj story. (There really is a Lodi in Italy, though.)
Posted by Richard Bos on 06/09/16 at 10:25 AM
I don't see the purpose of painting the word elevator in such large block letters on a building like that. It's like painting the word 'silo' on a silo, just doesn't make much sense.
Would anyone care to elaborate on this to help me out?
Posted by Jessica on 06/09/16 at 12:50 PM

@Jessica: They would have had a scaffold to paint the line ELEVATOR and would move it for the next line. It may have been eventually SMITH ELEVATOR COMPANY.
Posted by BMN on 06/09/16 at 03:45 PM
The most strangely named place I've been to has got to be Come-by-Chance, Newfoundland. Actually, it was my planned destination, so I suppose I didn't really live up to the name. I probably was given the story behind this name a some point, but have forgotten. Newfoundland has a good supply of other oddly-named towns. One memorable one is Dildo.
Posted by Virtual on 06/09/16 at 05:06 PM
@BMN: Thank you, that additional thought does help! So maybe they were planning on painting more than just the word elevator, there is plenty enough room to do so on that building and the spacing does work....
Posted by Jessica on 06/10/16 at 09:09 AM
Commenting is not available in this channel entry.