They're all tools that were used by astronauts during the 1960s. 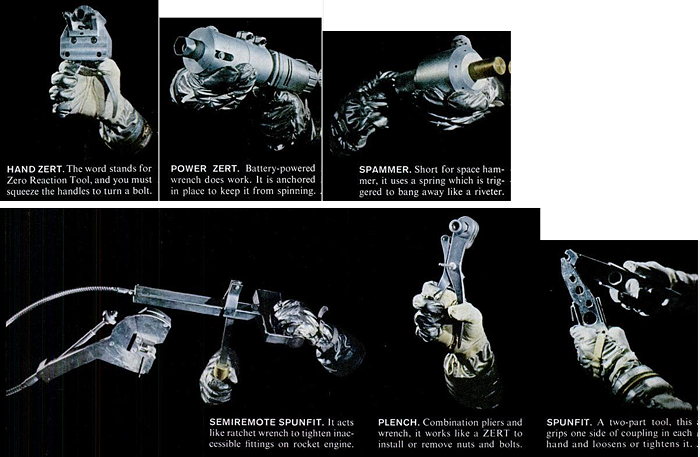 
Comments
I had them as tools invented for use aboard a boat while offshore. That's close enuf to be called correct, I'd say.
Posted by Virtual in Carnate on 10/28/21 at 11:24 AM
I've used a spunfit before, but I probably called it a "Fit, *%#+&~ you !" Spacewalking astronauts don't have the same freedom of speech as we have on my boat offshore.

I have a plench here at the house, as well as the boat. Just haven't seen that name before. Probably called it something similar to the spunfit.