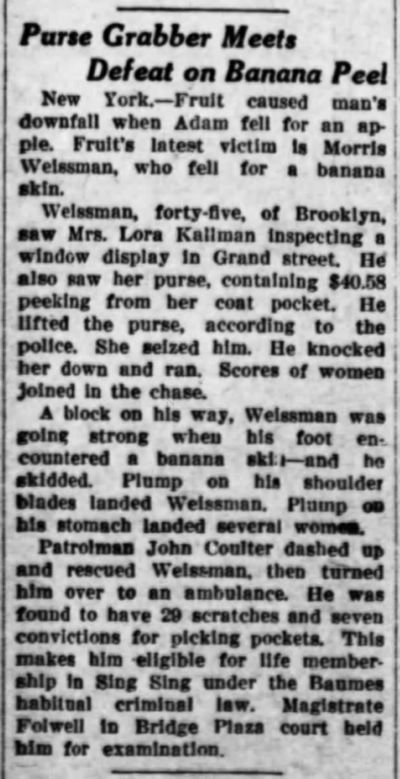 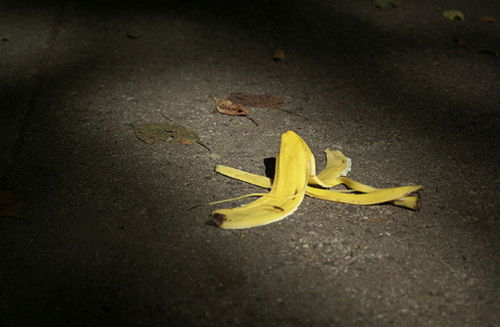 There's the giant future banana routine in Sleeper:
https://www.youtube.com/watch?v=VfrShu_Lp2A
Posted by Virtual on 07/03/16 at 01:53 PM

From the Inflation Calculator, that would equate to about 560.00 hanging out of her pocket. I love the verb PLUMP used twice in succession. When she landed on his shoulder blades, was he face up? Suggestive...
The next set of ladies plumped on his stomach. Were they plump?

The oddest thing, to me, is the way the following sentence was written, sort of backwards, if you ask me, but also sort of comedic. Maybe that's why the original editor left it in.

Greg -- the wording of the article definitely is a bit odd. But when I reread it, it says "Plump on his shoulder blades landed Weissman." Weissman was the name of the thief. So I think that's saying he did the classic banana-peel skid and landed on his back, face up. Then several women landed "plump on his stomach."
Posted by Alex on 07/04/16 at 09:10 AM
Commenting is not available in this channel entry.