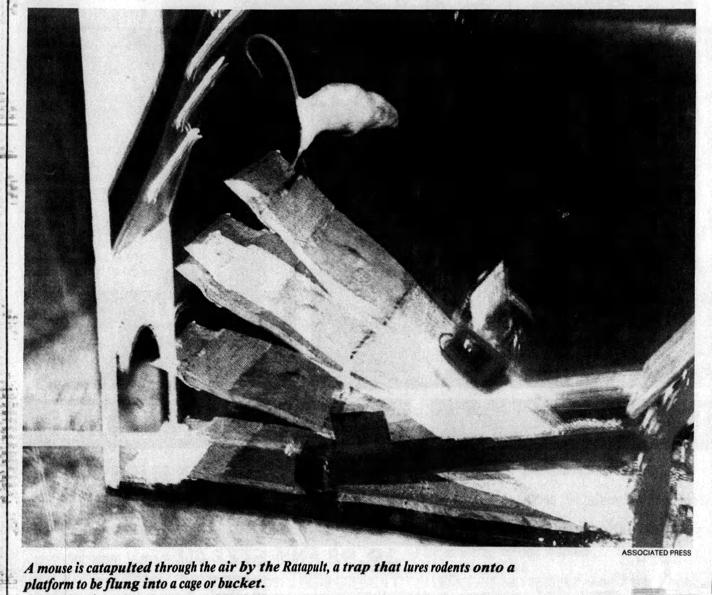 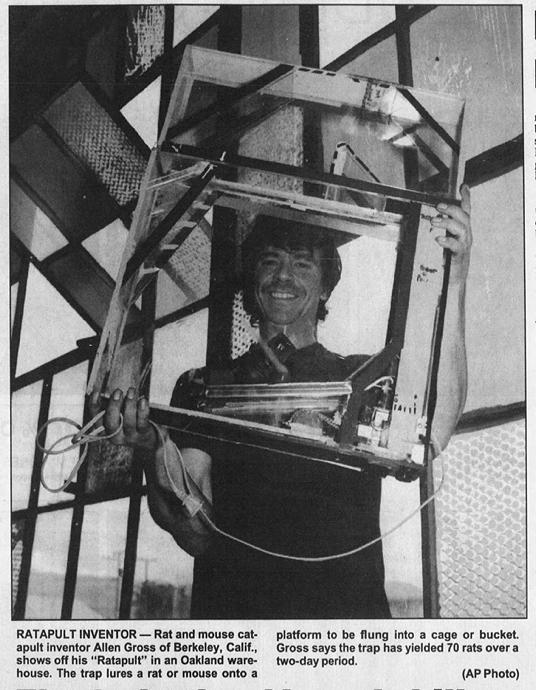 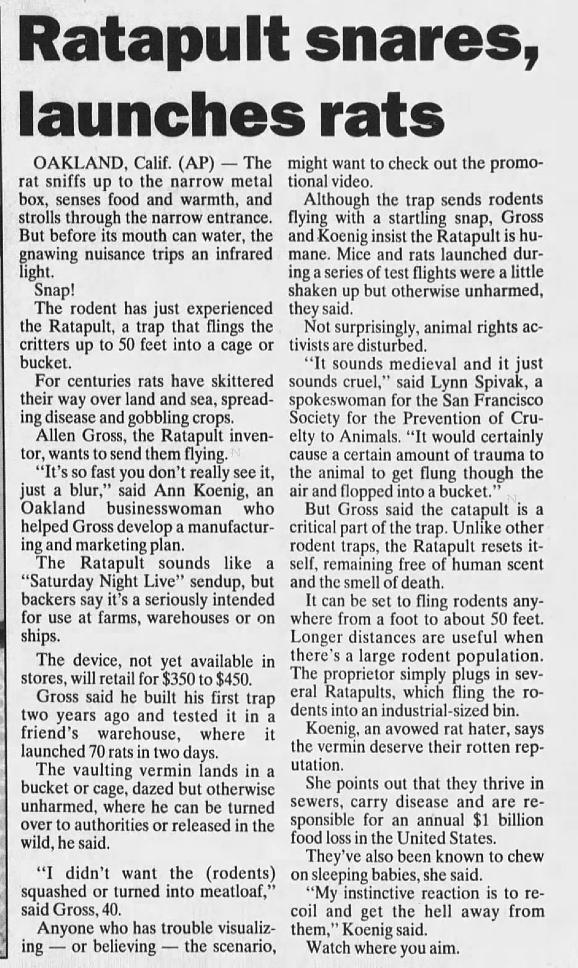 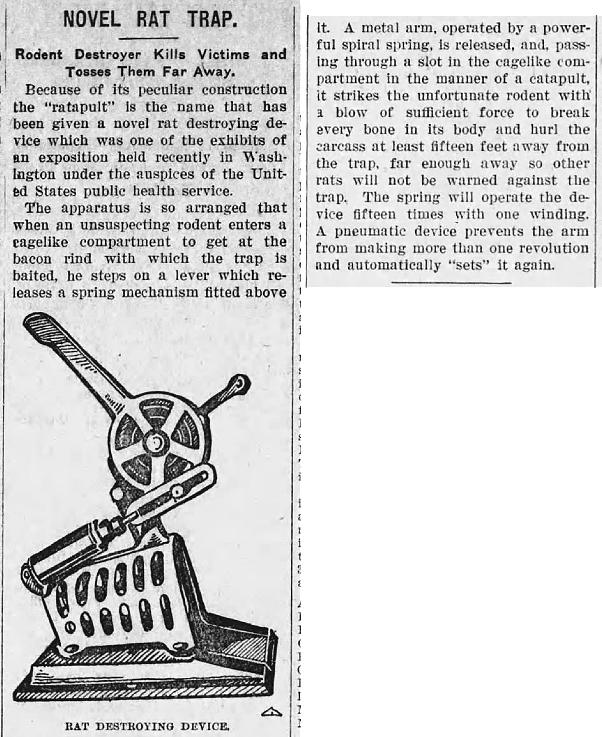 
Comments
The rat "can be turned over to authorities."?? Given this is San Francisco, there must be a patrol that monitors the sensibilities of vermin that may have been mistreated. A division of the Mouseketeers, no doubt.
Posted by Virtual on 03/23/19 at 10:49 AM
I wonder if the name "Ratapult" came first, i.e., "solution looking for a problem."
Posted by Don Griffith on 03/25/19 at 10:06 AM
Commenting is not available in this channel entry.