We've touched before on the theme of the death of Santa Claus, such as the metaphorical death of Santa portrayed in an ad, or a man who had changed his name to Santa finally giving up the ghost.

However, there's another recurring weird news theme in which Santa Claus literally drops dead, often in front of a crowd of horrified children. What happens is that if you take a guy who's out of shape and overweight, dress him up in a hot costume, and make him do an unaccustomed level of exertion, the odds of him collapsing from a medical condition increase dramatically. Although Santas have also perished from non-medical causes (beard catching on fire, helicopter crash). 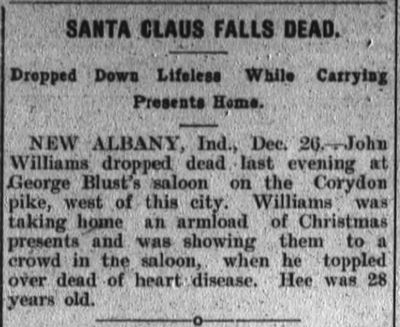 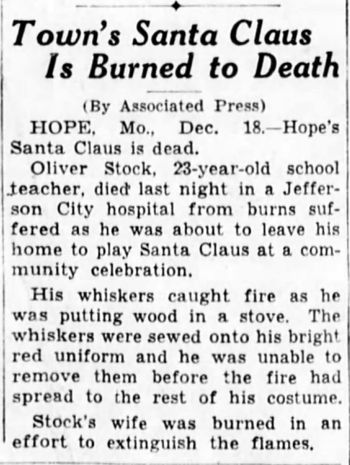 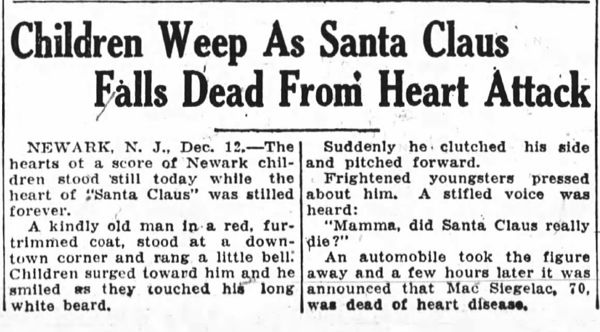 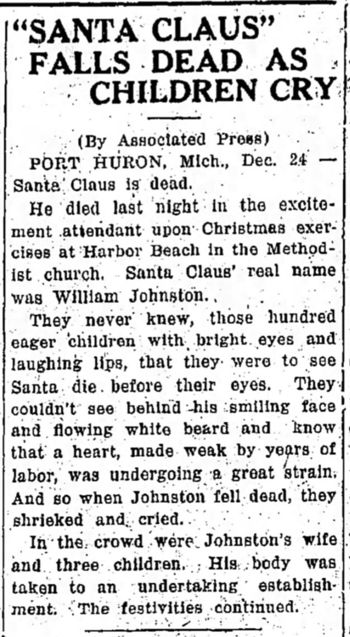 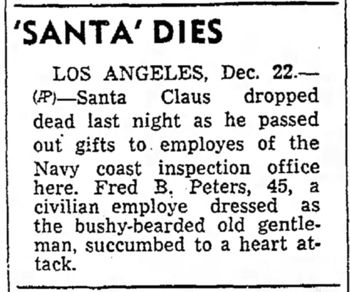 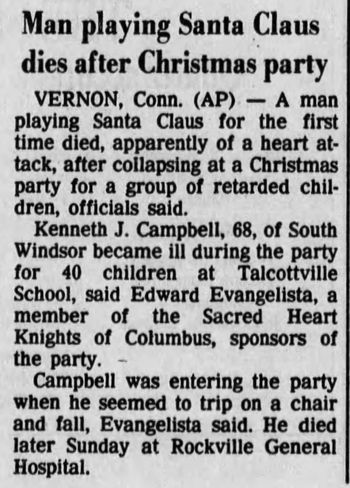 
Comments
Now i'm thinking of the funeral. The christmas carols all played slowly as a dirge. The reindeer attempting to lift the casket but failing due to the heftiness of the deceased and therefore needing more help. The ritually sacrificed elves to slave for Santa by making toys in the afterlife. Yes, it would be a fascinating and somberly jolly affair.
Posted by Fluffy Bunny Slippers on 12/22/16 at 07:57 AM
Perhaps this will cheer you after the death of the Jolly Old Elf: