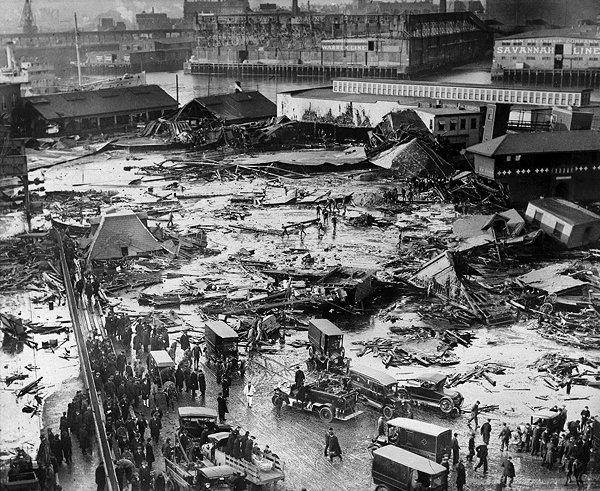 
Comments
When I first saw this story some twenty years ago I was a bit incredulous. I was surprised that the destruction was not worse than reported.

One would expect that those engineers, who probably deal with fluid dynamics in their line of work, would be a bit less incredulous of the reported 35 m.p.h. flow rate of such a large viscous mass.
Posted by KDP on 11/28/16 at 02:27 PM

You are correct, KDP. 35 MPH did not seem "outrageously fast" at all to me -- nor would any other speed within reason. It needs to be demonstrated empirically or calculated first. The speed just depends on the storage temperature, the height of the liquid in the tank (40 ft, apparently), and an assumption about how the tank burst. Perhaps there are different purities of molasses that need to be accounted for. The NY Times may have asked the wrong type of engineer. Just the facts, please, ma'am.
Posted by Virtual on 11/28/16 at 08:33 PM
Commenting is not available in this channel entry.