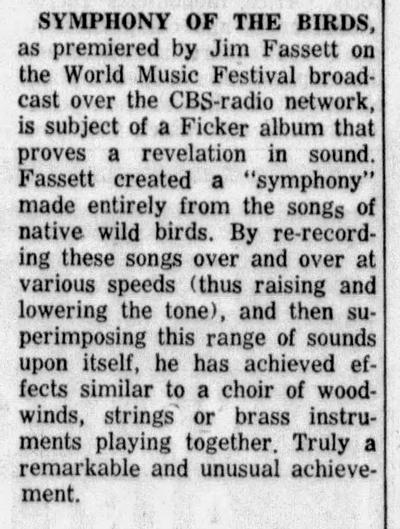 
Comments
I don't think any bird would recognise this.

I believe that this was first played to the world in May 1950 during the intermission of a regular weekly symphonic broadcast on CBS Radio from the NYC Philharmonic (I have a letter from a listener who mentions missing the first broadcast but hearing a re-broadcast during another intermission later that year). Fassett was a CBS musical director and host of the intermission time. I am not sure if the version played in 1950 is the same as the one released on vinyl later.
Posted by Matt Rogalsky on 11/09/22 at 12:32 PM
Commenting is not available in this channel entry.