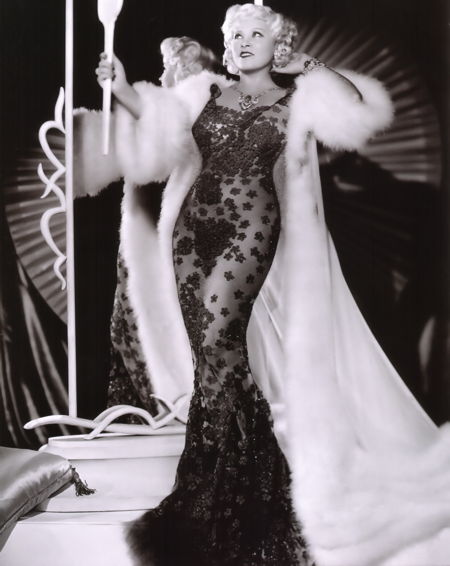 Actress and sex symbol Mae West cast a large shadow over popular culture, as can be seen by the number of things named after her. 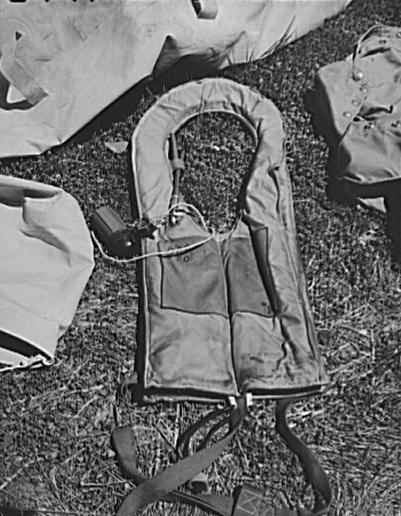 The inflatable life preservers used in WWII were often referred to as "Mae Wests" because they gave their wearers the appearance of having a large chest (wikipedia). 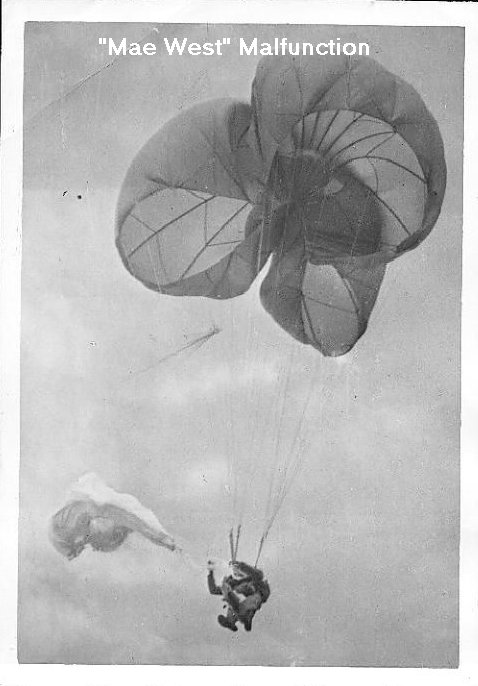 A "blown periphery" parachute malfunction causes the canopy to contort into the shape of a giant brassiere, and so is referred to as the "Mae West" malfunction (wikipedia). 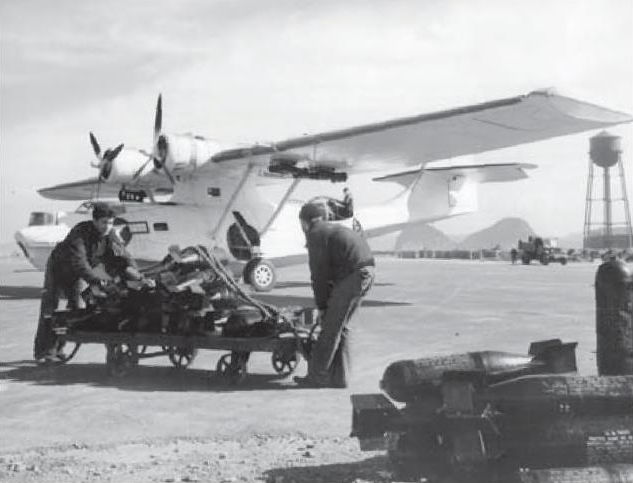 The Isaacs islands in Newfoundland were named "Mae West" by American sailors stationed at nearby Argentia Naval Base, and the name seems to have stuck. The caption for the above image (found in "US Navy PBY Catalina Units of the Atlantic War") reads, "Groundcrewmen load water-filled practice bombs onto a PBY-5A from VP-6(CG) at Argentia in 1944. The twin mounds in the background were called 'Mae West' after the sex goddess, who incidentally had her roots in Newfoundland." 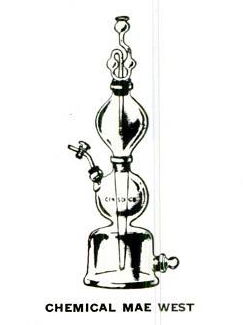 After the Coca Cola Company introduced the "contour" bottle in 1915, it quickly became known as the "Mae West bottle" (Story of the Coca-Cola bottle).

In 1937, the couturier Elsa Schiaparelli launched her "Shocking" perfume, in a bottle whose shape was directly inspired by Mae West (FIDM Museum). So this doesn't count as something named after her, but is still something in her image. 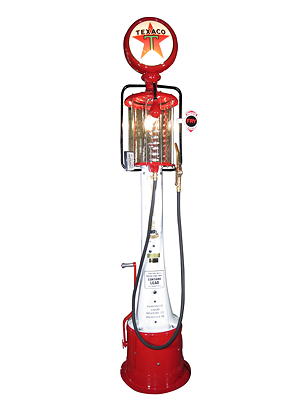 On account of its curves, this 1920s-era pump was named the 'Mae West visible gas pump'. 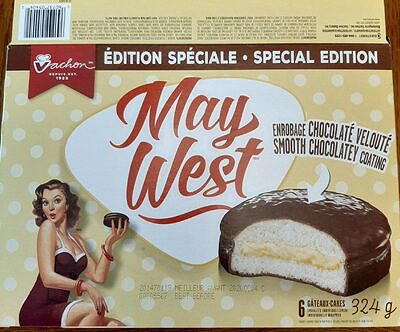 This round dessert cake with creme filling was invented by a Quebec baker in 1932 and named after Mae West. It is currently made by Vachon Inc., who changed the spelling of the name to 'May West' in the 1980s. (wikipedia)

8. Graph of the Products of the Nuclear Fission of Uranium 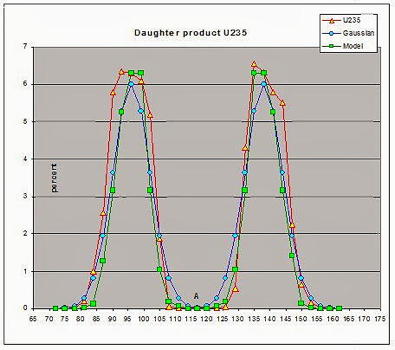 When a Uranium atom splits, it turns into two smaller atoms. A graph showing the mass of these two atoms is referred to by physicists as the Mae West curve because of its two distinct peaks. (Spud's blog) 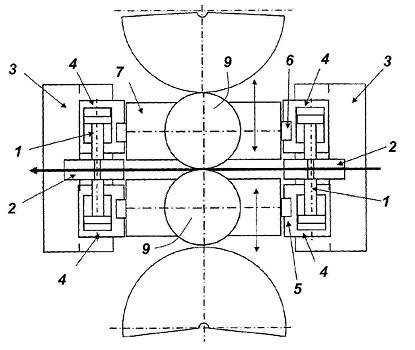 Although the two round rollers might, from the side, seem 'Mae West'-like, it's actually the guide system (number 3 in the illustration above) that's referred to as 'Mae West blocks' in the metal industry. (PatentBuddy) 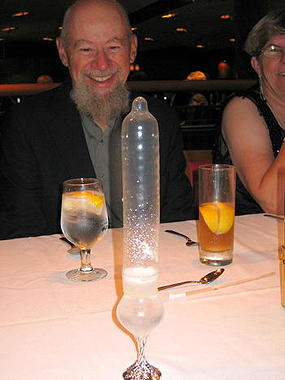 During the 1940s, a popular prank at parties was to ask a guest if he wanted a 'Mae West cocktail.' If he said yes, he'd be served a glass of Alka-Seltzer and water in a glass with a condom on top. The effervescence of the Alka-Seltzer would cause the condom to inflate.

Finally, I've even found a reference to a "Mae West Theory of Islamic Terrorism" — the theory being that sexual frustration is the root cause of much Islamic terrorism.


Comments
Back when women had meat on their bones and were all soft and squishy.
Posted by Expat47 in Athens, Greece on 08/22/16 at 10:22 AM
I assume that, in more recent times, we've begun calling these sorts of things "Dolly Partons."
Posted by Virtual on 08/22/16 at 01:53 PM
Also the Mae West visible gas pump

I was thinking the same thing. How could this list not include the Vachon pastry? But then, Vachon is purely a Canadian thing and might be unknown to our neighbors to the south.

The name is spelled slightly different, perhaps for legal reasons, but the Vachon May West cake is definitely inspired by the actress!

Don't leave out the "Dagmars" either. The big molded chrome bumps on the front of the massive front bumpers of post-war cars, through the 50's. The model/singer/celebrity Dagmar was all over TV variety and talk shows and is much forgotten today.