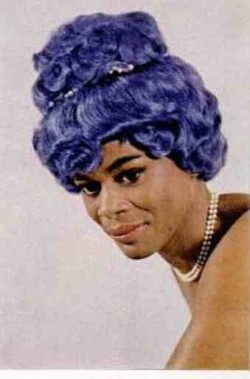 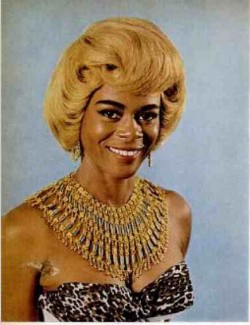 Pick your favorite from this EBONY article.


Comments
So we have an ad for high fashion wigs for women of color who want to look like they are "passing". It doesn't matter that it was run in a magazine for women of color I smell an accusation of racism and Uncle Tom foolery coming from someone before this post drops below the fold. In fact, a lot of what was acceptable 40 to 80 years ago would be considered in bad taste at best and downright racist at worst today.

A prime example of those ads can be found in an offbeat movie titled "CSA Confederated States of America". Most of the "ads" shown during the "presentation" of the docudrama were real ads that ran in this country AFTER the civil war.
Posted by yogi in Kennesaw GA on 09/19/11 at 01:34 PM

Looks like we are still on the same wavelength.
Posted by yogi in Kennesaw GA on 09/20/11 at 01:23 AM
Drag queens was the first thought on seeing the models.
Posted by Kehaar on 07/10/12 at 06:53 PM
Commenting is not available in this channel entry.