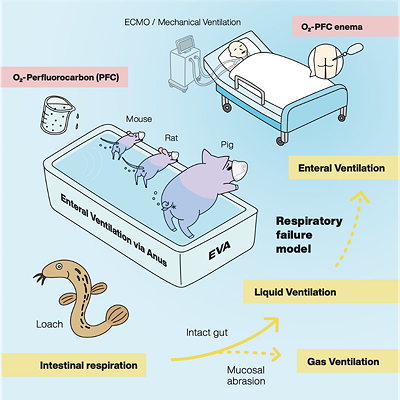 
Comments
This substance is the same as in the famous old experiment with its vivid foto of a mouse suspended in a liquid-filled beaker (weight tied to its tail) yet still breathing.


Just last week, I re-watched "The Abyss" (1989). I knew at one time they were experimenting with that system for deep diving. I just assumed it worked but wasn't economically viable or carried its own specialized risks which kept it out of widespread use. It made sense, to me, that it was shown in the movie as something used by a military team but wasn't available to civilian deep-sea divers.

I also heard there was a clinic in Switzerland where smokers could get their lungs washed out. Since I never saw any follow-ups, I assume that didn't work as planned.
Posted by Phideaux on 09/05/21 at 03:53 PM
Commenting is not available in this channel entry.