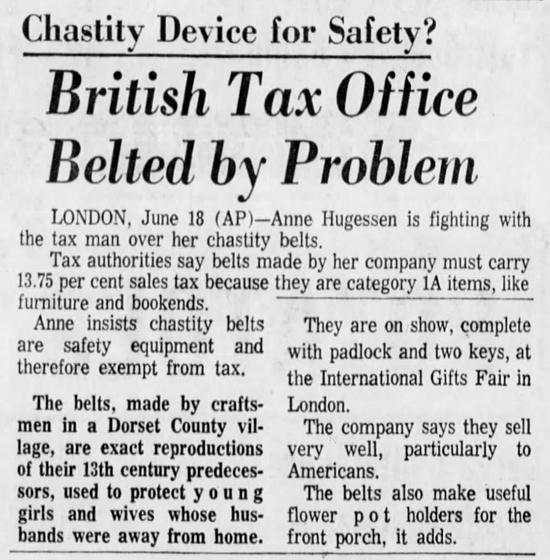 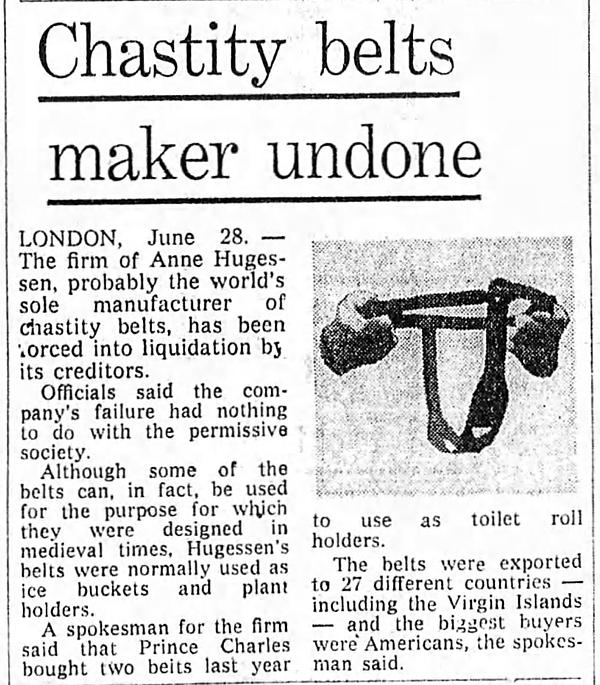 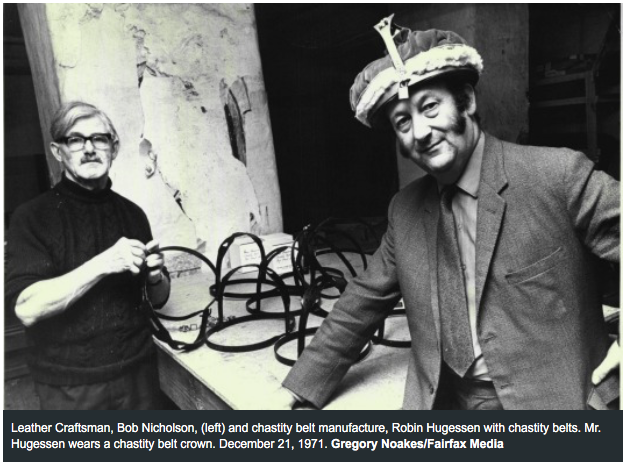 
Comments
Toilet roll holders? I'm sure he obtained them for that purpose. We've heard stories about the proclivities of the upper classes.
Posted by KDP on 03/08/18 at 08:49 AM
It is said that one time King Arthur wanted to spend a fortnight riding around the countryside, to slay dragons, and to help damsel in distress. Of course, he was worried about fair Queen Guinevere. So he asked Merlin, his trusted magician, to fashion a chastity belt for fair Queen Guinevere.

Merlin took a piece of straw and said "Observe, Sire", as he put the straw right into the midst of the large gaping hole. Just then, a guillotine-like blale sprung into action and severed the straw in twain.

King Arthur was well pleased. The next morning, he left on his quest.

Two weeks later, after having slain no dragons, but distressing fifteen damsels, he returned to Camelot. He had all this noble knights of the noble Round Table line up for a (ahem) short-arm inspection. He noticed, to his dismay, that all of them, save for one exception, had some sort of nick, scratch, or mutilation. That one exception was noble Sir Lancelot.

He approached Sir Lancelot, and said, "Why is this knight different from all other knights?" No, wait, that's from another story.

He said "Why has thou, noble Sir Lancelot, of all of my noble knights of my noble Round Table, hath alone survive without any nick, scratch, or mutilation?

(A slightly less-embellished version of this appeared in Playboy Party Jokes a long time ago.)
Posted by Joshua Zev Levin, Ph.D. on 03/09/18 at 02:35 PM

If you tell the joke to someone verbally, you can say "Sir Lancelot said, 'Mplmph lmphpy ymfhgy'" or something like that. The playboy version has "was speechless", and I was going with that for the text version.

There was a minister who was sermonizing, and siad, "If anyone here has committed adultery, may his toungue cleave to the woof of his mouff."