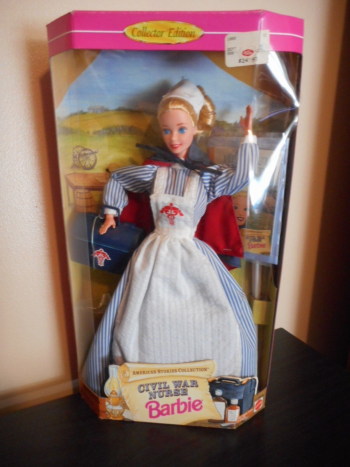 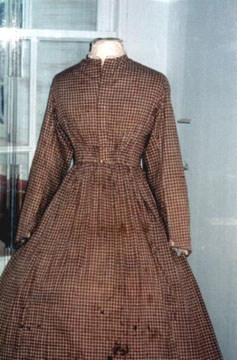 
Comments
Was the disco pose also prevalent during the Civil War?
Posted by Frank on 10/30/15 at 10:54 AM
Why do these idiot adults attempt to foist their warped views onto children's toys? What little girl (boys only play with "action figures") buys a Barbie thinking about how historically accurately she's dressed?

That's not a disco pose. She's about to use a karate chop to amputate an arm.
Posted by ges on 10/30/15 at 11:27 AM
Thank goodness the stars and bars aren't on display, else we'd have to shut this site down.
Posted by RobK on 10/30/15 at 11:44 AM
That uniform appears to come straight off a First World War recruiting poster.
Posted by KDP on 10/30/15 at 12:48 PM
Artistic license often prevails 0ver historical accuracy. As many of the current political want -to -be's from both parties have demonstrated despite the best efforts of neutral political fact check groups.
Ken should be included as a wounded soldier with Barbie.
Posted by Gator Guy on 10/30/15 at 03:57 PM

So, since the Confederates didn't have a regimented nursing corp dress code, couldn't this in fact be a Confederate Civil War Nurse Barbie.

@Expat47: Quite right, what kid is going to care. Once you peel the clothes off, Barbie is just Barbie.
Posted by GFnKS on 11/03/15 at 11:31 AM
Commenting is not available in this channel entry.