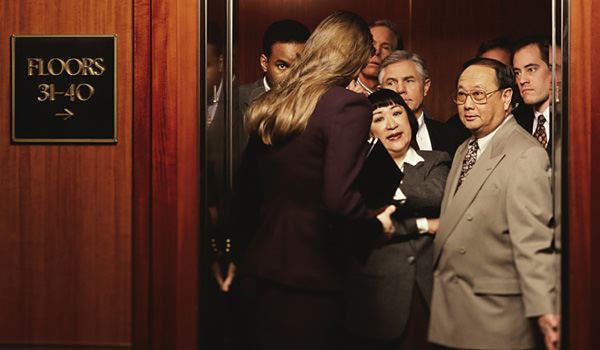 
Comments
Who'd've ever thought to use the phrase "so make something up" and psychology in the same sentence.

I must make many people in America uncomfortable when riding a lift. I'm sure that I've violated nearly all of those "rules" at some point. I've observed that America is basically a touchless society.
Posted by KDP on 08/30/16 at 08:31 AM
Exactly the sort of useless crap that fascinates academics.
Posted by A Nonny Mouse on 08/30/16 at 08:42 AM
It seems like elevator etiquette is a lot like urinal etiquette.
Posted by Fritz G on 08/31/16 at 07:25 AM
When someone asks me if I'm going up or down I always answer sideways.
Posted by BrokeDad in Midwest US on 09/01/16 at 05:18 PM
Commenting is not available in this channel entry.