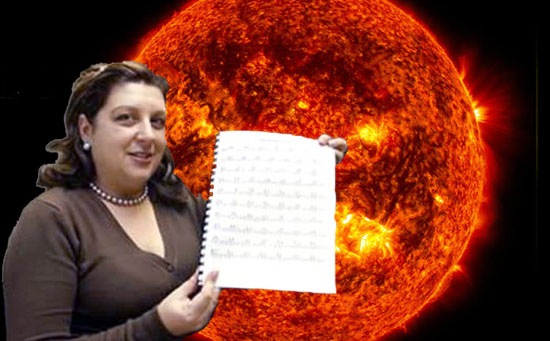 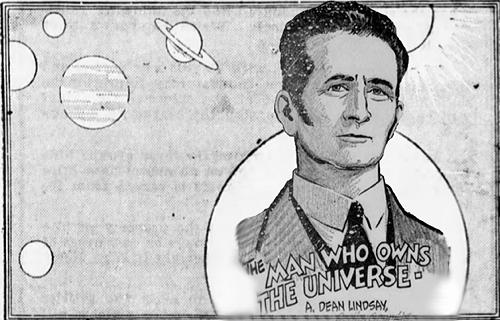 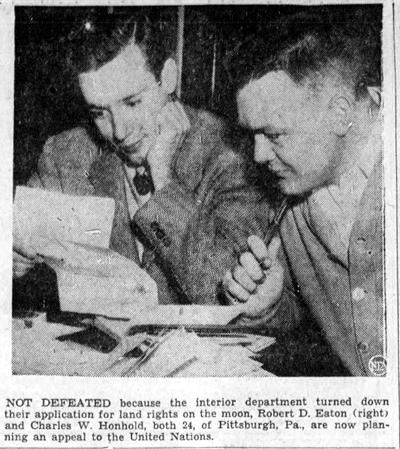 The Nation of Celestial Space

In December 1948, Chicago ad man James T. Mangan declared himself the ruler of the "Nation of Celestial Space" and a month later he acquired a title from the Cook County recorder establishing his ownership of "all space in all directions from the earth." His claim was challenged in 1957 by the Soviet launch of Sputnik, which Mangan denounced as "an unprovoked trespassing into my territory." A year later he offered to turn over jurisdiction of outer space to the United States. However, his offer was ignored. Mangan also minted gold coins (he called them "celestons") which he deemed the official currency of outer space. 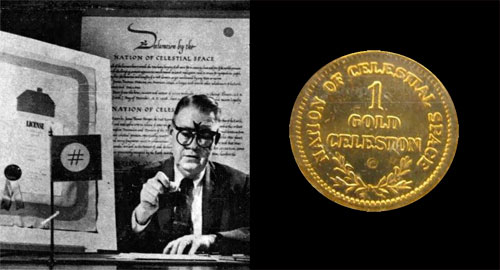 (left) Wearing space glasses, Mangan makes one of his proclamations "official" with his seal;
(right) the currency of outer space: a gold celeston.

The Owner of Everything

In 1952, Altadena resident Paul J. Donavan paid $1.50 to file a claim in the San Bernardino County Recorder's Office to all rights to the moon, the sun, all stars, and the atmosphere in between. Unfortunately, he forgot the planets. So two days later he returned and filed a claim to those also. And a year later, he supplemented his holdings by claiming "all land, temporarily or permanently covered by the salt water bodies of the earth." All tax-free, of course. 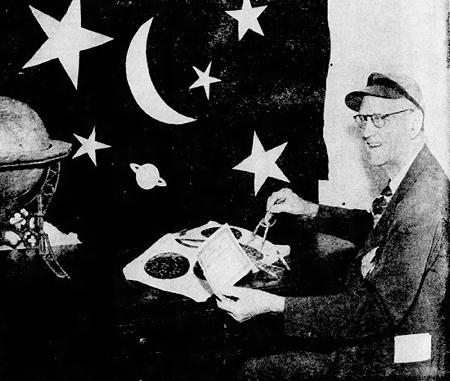 By 1965, the U.S. Bureau of Land Management had received numerous homestead claims for land on the moon. Enough to fill a thick folder full of them. But in this year it received the first application accompanied by a photo of the area desired when John Kremper and Hal Helton submitted a photo of the lunar Sea of Tranquility taken by the Ranger 8 spacecraft in February 1965. The Bureau responded that the applicants would need to establish residence for at least six months in order to claim a site. 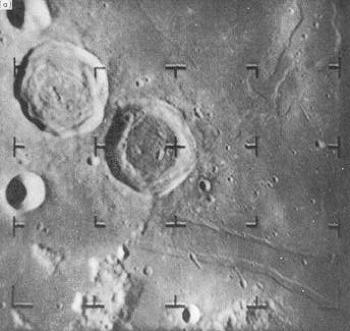 Ranger 8 picture of the Sea of Tranquility
source: NASA.gov

In 1955, attorney Jenaro Gajardo Vera registered himself as owner of the moon in a Chilean court. Fourteen years later, in anticipation of the first landing on the moon by Apollo 11, he sent an open letter to President Nixon asking permission to visit the United States for the return of the astronauts from the moon and offering, "on which occasion I will take my title to share it happily with the champions of outer space." The White House did not respond. When Gajardo died in 1998 he left the moon to the people of Chile. 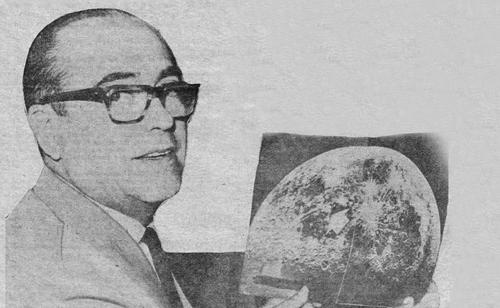 Ex-ventriloquist and car salesman Dennis Hope took the commercialization of space real estate to new heights. In 1980 he laid claim to the entire lunar surface as well as the surface of all planets in the Solar System except Earth. He then set up a company called The Lunar Embassy and began selling celestial plots of land. Surprisingly, his business proved to be a huge success. By 2009, he claimed to have sold 2.5 million 1-acre plots on the Moon, for approximately $20 per acre. The Lunar Embassy remains in business to this day. 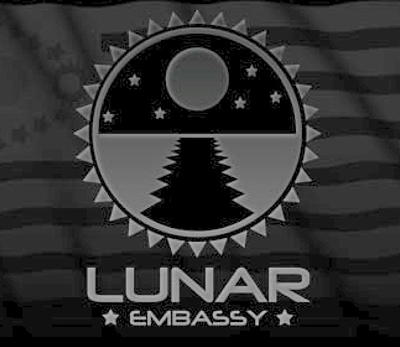 In 1984, the Austin-based Lamar Savings and Loan submitted an application with the Texas Banking Commission to obtain permission to open a branch on the Moon. The Commission denied its request. Nevertheless, Lamar Savings promoted its lunar ambitions in advertisements. Four years later, the Lamar S&L became a victim of its own aggressive growth when it collapsed along with many other insolvent S&Ls, thereby contributing to a financial debacle that cost taxpayers over $200 billion. 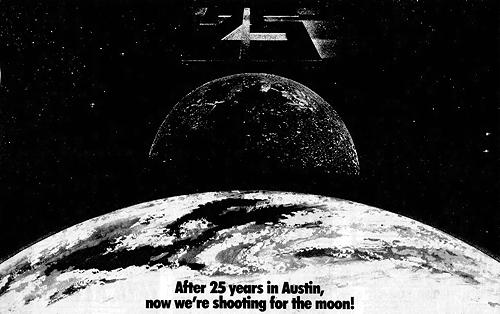 The Internet has been host to many extraterrestrial land-sale schemes, because absolutely anyone can launch a website and start selling land in outer space. Some of the sites you can choose to purchase celestial land from include the Lunar Embassy (see above), Own-The-Sun.com, and the Lunar Registry. After being kicked off eBay, Maria Angeles Duran set up her own shop online, where she continued to sell solar land. 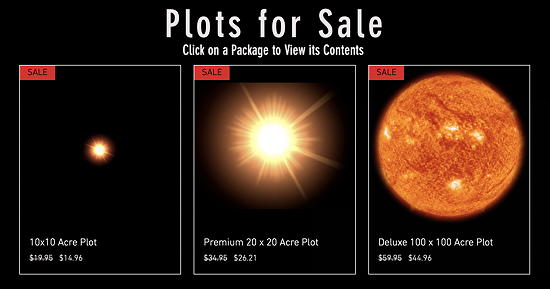 Is there any legal basis for any of these claims?

In a word, no. Proponents of extraterrestrial land ownership often note that the Outer Space Treaty of 1967 banned nations from claiming ownership of celestial bodies, but it said nothing about individuals doing so. So this might be a loophole in Space Law. True enough. However, there's a Common Law tradition that you can only claim land as your own if you've established a presence on it. As Charles Stoddard, Director of the Bureau of Land Management, put it in 1965, it's like the old recipe for cooking a sea monster. First you have to catch the monster.

In 2006, NASA issued a statement that summed up the extraterrestrial real estate market quite succinctly. It said, "the deeds they sell have no legal value or significance, and convey no recognized rights whatsoever."


Comments
It's my understanding most of these are perfectly legal because they're quitclaim deeds. This transfers the seller's rights in the property to the buyer, but it doesn't state or warrant the seller actually has any rights or claims to the property.

Quitclaims are used daily in real estate transactions, divorces, and probate. It's a fast and easy way to settle a problem like a buyer wants something but the seller doesn't have a perfectly clear, properly researched, and warranted clear title.

I once thought about writing a story about this coming back to bite one of the entrepreneurs: quick, safe, and cheap teleportation to other planets is invented, and whole worlds are open for free colonization. The fly in the ointment is anyone who sold their rights by quitclaim is shut out. It's too bad I could never find a way to make the story interesting.


Phideaux, maybe get with the writers of "The Expanse" on Amazon?
Posted by Virtual in Carnate on 09/03/22 at 02:12 PM
@Virtual -- You've hit on one of the great oddities which I can't explain. From every synopsis and review I've read, that show should be on my favorites list, and I should never miss an episode.

I've tried watching it multiple times. It's as if a "Someone Else's Problem Field" (Douglas Adams) or a "Shield of Boringness" (Marigold Heavenly Nostrils) descends, preventing me from caring about it in any way. I always find myself reaching for the remote within ten minutes. I can't fault acting, script, or set design; they're all what you'd expect, and I should really dig it. Instead, I can't generate even one erg of interest.
Posted by Phideaux on 09/04/22 at 10:03 AM
Well, "The Expanse" is one of my favorite serials ever, and I've watched all episodes at least twice. Could it be that I have assumed a cloak of your interest on top of my own? Is this some sort of bizarre, surreal corollary of WU's Spooky Entanglement Syndrome??
Posted by Virtual in Carnate on 09/04/22 at 12:42 PM
By the way, I would think Galileo was the default owner of the entire universe beyond earth, centuries before these jokers started coming along in 1937.
Posted by Virtual in Carnate on 09/04/22 at 03:17 PM
@Virtual -- By all orders of logic and reason, I should like it as much as you do. All I can say is my potential interest gets sucked into some kind of quantum black hole, disappearing forever before it fully forms.

I routinely rewatch the complete series of Doctor Who (Classic and NewWho), Eureka, Firefly, Red Dwarf, most Trek variants, Stargate SG-1/Atlantis/Universe, Warehouse 13, and even Farscape (may God forgive me).
Posted by Phideaux on 09/04/22 at 06:01 PM
Commenting is not available in this channel entry.