In October 1916, police arrested Mrs. Nellie Hantz and charged her with committing over 100 burglaries in the Chicago area. Her MO was unusual. When her husband, Carl, left in the morning to attend classes at a school of chemistry, and her 14-year-old daughter was at school, Nellie would sneak out and burglarize homes. She made sure to be home before her husband returned. The press named her the "wife thief" as well as the "matinee thief."

She kept her loot and burglary tools hidden beneath the bedroom mattress, and her husband, upon her arrest, insisted he had no knowledge of her daytime activities. Nellie seconded this: "I've been prowling for eighteen months. I know you've been after me, but it took a long time to catch me, didn't it? I guess I was just born to be a crook. You'll have to lock me up. But it's too bad about Carl. He never suspected."

The burglary equipment police found beneath the mattress included "a revolver, a razor, a jimmy, an electric flash lamp, several files, and an ingenious set of keys, skeleton and otherwise, of her own manufacture."

Despite being caught, Nellie was unrepentant. She declared, "I love to rob places. I'd keep on being a burglar if I had a million, but I am afraid of the dark and I did all my robbing by daylight." 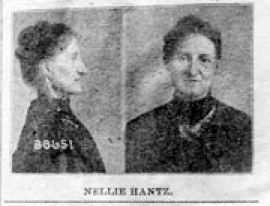 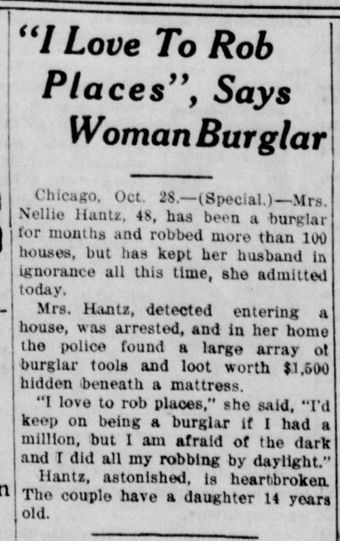 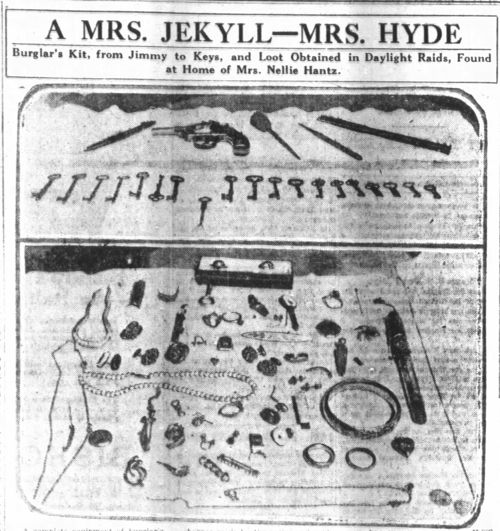