Can I say it before any other WUvie does? That boyfriend must have been some cocksman! 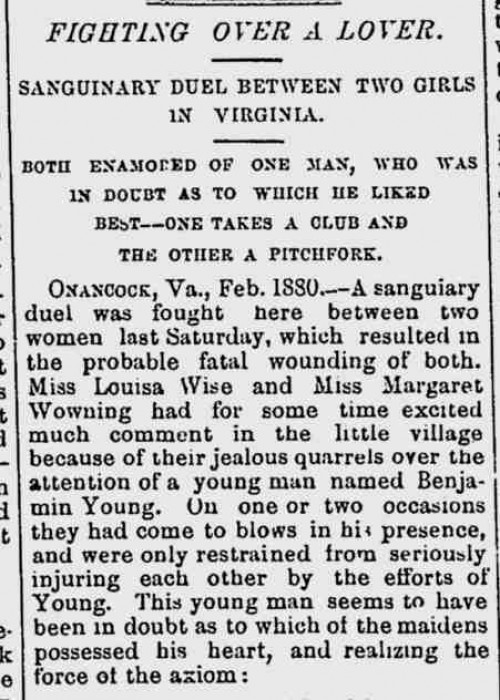 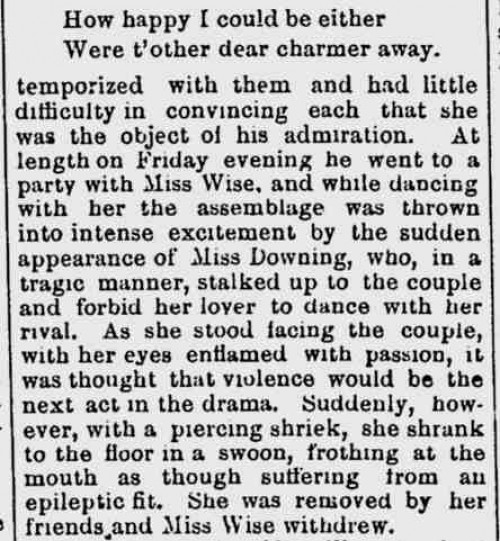 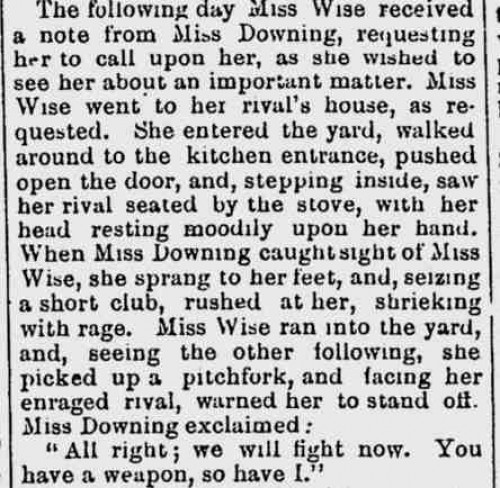 
Comments
I think, maybe, the problem lies in the name of the town. If residents there in are/were what they've been geographically named then neither girl was bound to be the recipient of any physical gratification from young
Benny.

Miss Wowning becomes Miss Downing becomes Miss Eowning through the course of the story. I found that pretty humorous.
Posted by KDP on 09/11/15 at 02:38 PM
Onancock Offancock that's basically what they fought about. 😝 After driving the girls to murder each other that coward runs away. Wonder what ever became of him, did he cause any more trouble between young women?
Posted by Patty in Ohio, USA on 09/11/15 at 05:07 PM
The breathy melodrama (not to mention the hilarious name of Onancock!) had me doubting the entire story. But not only is the town there, at least two local politicians (a congressman and a governor of Virginia) had the same last name as one of the girls: "Wise." In a town of 1500 people (or less) they likely were related.
Posted by Frank on 09/11/15 at 06:50 PM
Though I escaped Virginia for the dryer climes of California years ago, I know for a fact that Onancock is fine little town on Virginia's Eastern Shore. And there is also a Wise County, but it's on the other end of the state, near Kentucky.

And I would wager the youthful Mr. Young was probably son of a prominent local farmer or merchant, and one of the few eligible males in town not related by blood to either of the "strong, heathly country girls".
Posted by Puptentacle on 09/11/15 at 10:07 PM