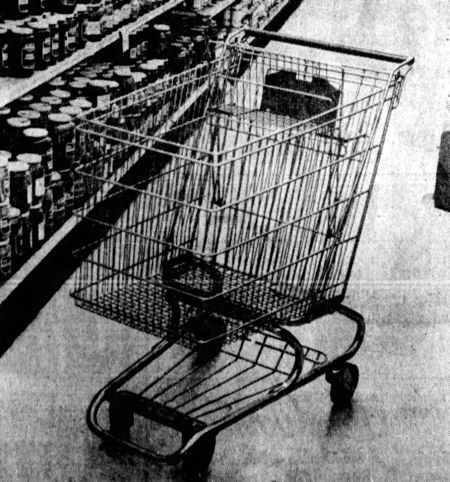 Modern, four-wheeled shopping carts were invented around 1937 by Sylvan Goldman, owner of the Standard Food and Humpty Dumpty grocery store chains in Oklahoma. Before then, shoppers either used hand baskets or the two-wheeled kind of carts. They also shopped more often.

The four-wheeled carts paved the way for the rise of massive supermarkets and big-box stores, because they allowed shoppers to accumulate more stuff before heading to the checkout.

However, in later years Goldman revealed that shoppers were initially reluctant to use the four-wheeled carts. They reminded women of pushing a baby carriage, and men thought they were unmanly.

So Goldman hired attractive models to push the carts around his stores:


"When a customer entered, a young lady would offer a shopping cart. If the shopper hesitated, the woman would say, "See, other people are using them. Why not try it?"
"This was the gimmick that did the trick and the carts were then accepted without further difficulty," Goldman said. 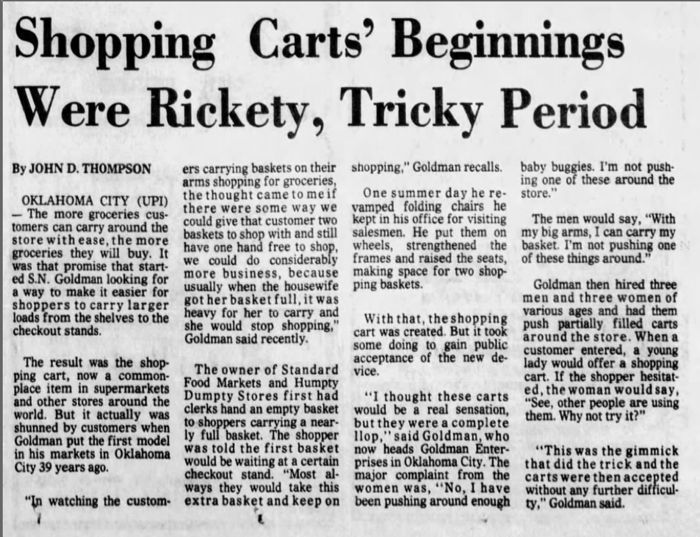 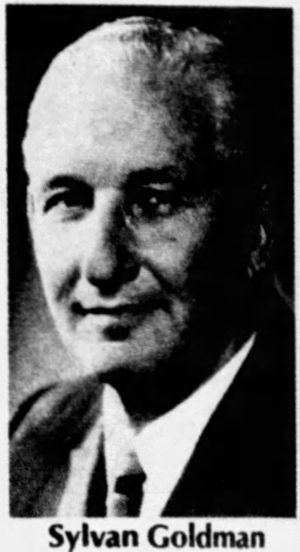 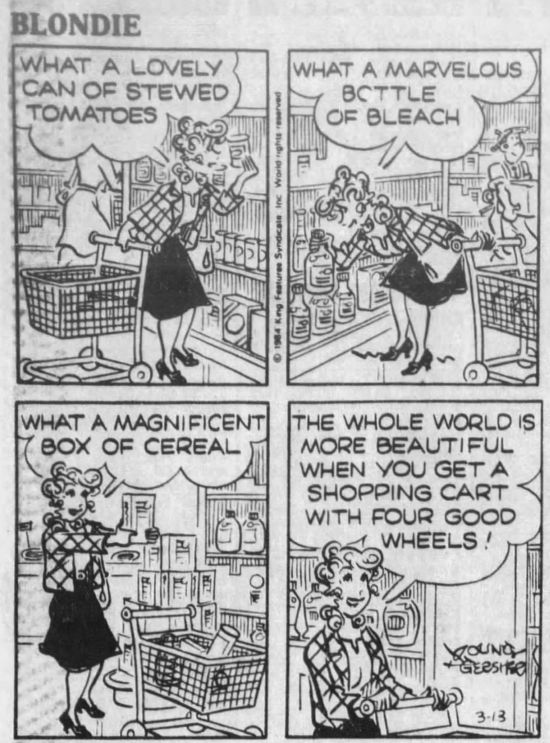 
Comments
Now I know why I never liked Blondie. They were promoters of crass commercialization and conspicuous consumption.
Posted by Virtual on 08/07/16 at 11:37 AM
A cart with four good wheels? Hah! It doesn't exist!

In the UK, the shopping carts tend to have four-wheel steering. Although that does allow for easier maneuvering into tighter spaces, I prefer the two-wheel steering ones here in the US.
Posted by TheCannyScot on 08/07/16 at 03:23 PM

As kids growing up in a hilly Northern N.J. town A&P shopping carts would be liberated and we would race them down Osborne Terrace, a half mile long road of steep, twisting pothole filled pavement. One kid in the basket and the other on the back. If one was lucky and made it to the bottom without a crash there was the possibility of being launched, cart and all into the lake at the bottom. If the police or parents caught on to these death rides more carts would be found and several other shorter but steep road could be used. Skate boards soon became popular and replaced carts for the most part. Are there other followers of this site familiar with the location? The street name is a give away to the community.
Posted by Gator Guy on 08/07/16 at 06:13 PM
Commenting is not available in this channel entry.