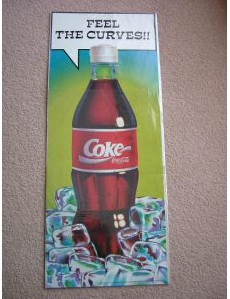 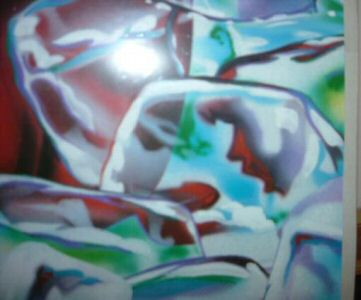 Look at the red shapes. Do you see it?

However, in reference to the term being used for drinks, I couldn't find anything definitive but there were several interesting theories. The first suggested it was a phrase coined from a play named "On The Rocks" by George Bernard Shaw, written in 1933. The next was an etymology dictionary that claimed it was first used in 1946 (but it didn't say why). A third option came from a food and drink website hosted in England that claimed it was used often during the Depression, where drinks were cheaper if they were watered down.

But my favorite explanation of the term came from PhDcomics.com who wrote "the term 'on the rocks' stems from putting ice-cold volcanic pumice in the whiskey - it cools it down, efficient heat exchange because of the sponge-like structure, but it doesn't add water."
Posted by Nethie on 07/28/10 at 09:52 PM

Seriously, how difficult can one expect their use to be:

WARNING: Throwing rocks into, or at, the glass may cause the glass to shatter thereby injuring user or bystanders.
Rocks are not to be eaten, stuffed up noses, used as missiles or sex toys. Improper use of rocks may negate guarantee.
Warranty void where prohibited.
Posted by Expat47 in Athens, Greece on 07/29/10 at 09:43 AM
Head on over to http://www.snopes.com/business/hidden/camel.asp for a look-see at the old camel pack. Click on the image to see the dude outlined.
Posted by Expat47 in Athens, Greece on 07/29/10 at 10:34 AM
That reminds me of the phallus tower on the cover of Disney's The Little Mermaid, which Disney claims was purely accidental. Hah! Like the minister getting an erection during the wedding scene and the word SEX in the clouds in The Lion King were accidental too.
Posted by Nethie on 07/29/10 at 11:04 AM
Commenting is not available in this channel entry.