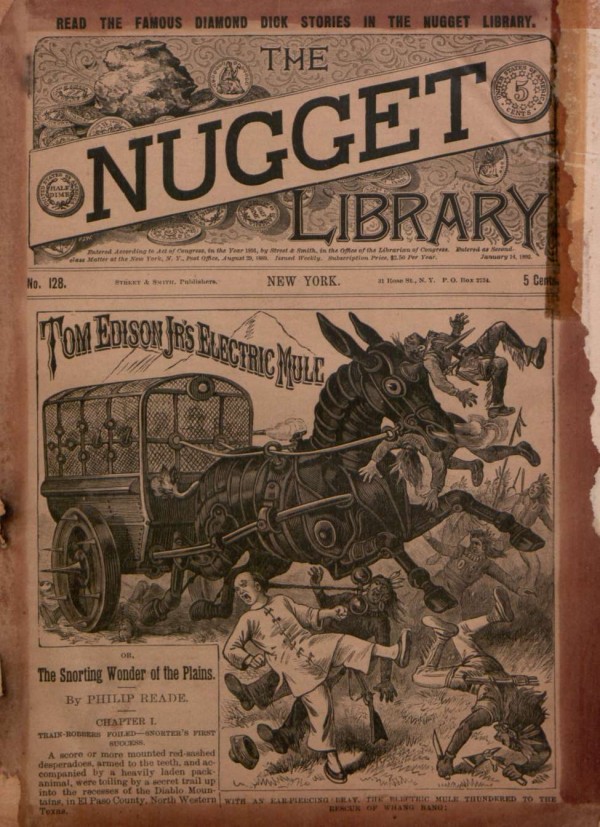 This story looks like it is a branch of the "Tom Swift" adventure stories for schoolboys - popular in the early 20th century and filling over 100 volumes. The genre, stories based around a brilliant young inventor and his inventions, has been dubbed 'edisonade' stories.

Tom Swift 'invented' things like the Taser ("Tom Swift's Electric Rifle") and inspired such as Margaret Mitchell and Steve Wozniak.
Posted by tadchem on 01/02/15 at 02:24 PM

Just a Question to ponder over while you have your morning coffee:
. How rich would Arthur C Clarke be if he had patented Geo-Synchronous Telecomnication Satelites and got a royaly of $2.00 per month from every user on the internet ❓
Posted by BMN on 01/02/15 at 04:23 PM
Anyone else here like classic SF movies? Here's "Aelita: Queen of Mars" (1924):