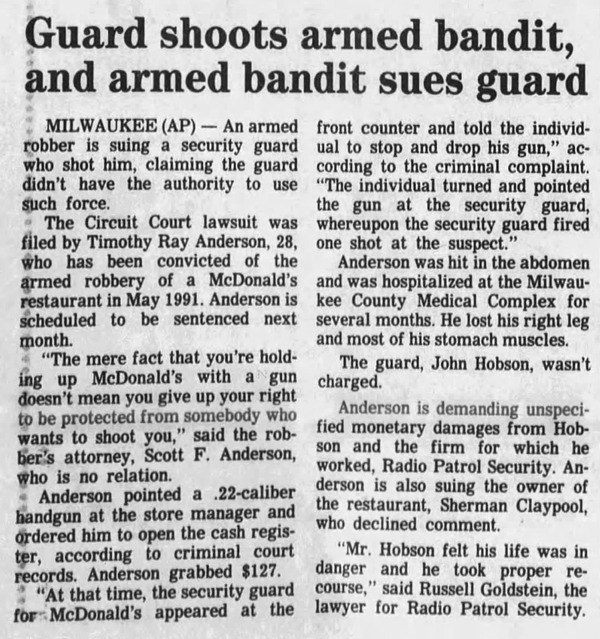 
Comments
The robber pointed a gun at the guard. Is that not self defense?

Thus the continued employment of some lawyers.
Posted by Virtual on 09/24/18 at 09:55 AM
I did a search for the robber's name at the Wisconsin Circuit Court search page and got 15 hits. There were two cases that were listed at about the time of this incident, but neither concerned the robbery nor the lawsuit. I will try a different search later today and post again if I can find out anything.
Posted by Fritz G on 09/25/18 at 06:54 AM
28 July 1993

"A judge dismissed a suit filed by an armed robber contending a security guard who shot him during a robbery exceeded the guard's rights. Milwaukee County Judge Michael Sullivan ruled Monday in a suit filed by Timothy R. Anderson, 29, Milwaukee, who was shot as he attempted to hold up the McDonald's restaurant May 3, 1991... [ruling] that holding the patrons of the restaurant at gunpoint constituted imminent danger."