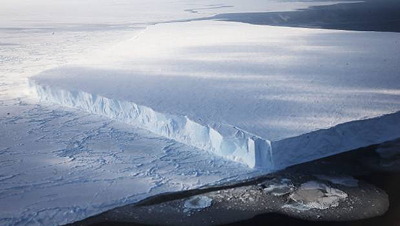 
Comments
Not to worry. The environmental crazies will get 'em.
Posted by Virtual on 09/11/18 at 07:37 AM
This has been covered in sci-fi ... tug it into a prepared bay, build a dike across the entrance, and pump the saltwater out. Of course, that kills all the saltwater life in the bay... so maybe an estuary? Maybe even dig a cove for it. It'll all depend on how thirsty everyone is.
Posted by R'Chard on 09/11/18 at 10:54 PM
I did some rough math. One cubic meter of ice is about one ton. A flat ice sheet of maybe ten meters depth would be more practical. This can be shaped to reduce drag and icebergs do flip. 100,000,000 /10 still would having you towing an ice island two K x five K.
Posted by BMN on 09/12/18 at 12:26 AM
Wouldn't it be cheaper to by a bottling plant near a south american port, melt the iceburg into the bottles, then ship the bottles to dubai?
Posted by Jessica on 09/12/18 at 08:06 AM
Canada did have a plan to ship vats of water from its lakes to Dubai. However, even taking into account that it's cheaper than thawing an and bottling it, since the Saint Lawrence gulf is closed to Dubai than any South American city and that lake water doesn't need melting, it was still cheaper to pump water from the Persian Gulf and remove the salt by inverse osmosis. Furthermore, nobody wanted to drink water that came from petrol tankers.
Posted by Yudith on 09/12/18 at 11:49 AM
Plastic/rubber sheet can be made to any length -- just set up a line of extruders with machines between to lap and seal the sheets together to the desired width, slide it under the iceberg, float the edges, pump out the saltwater.

If the basic theory is ever proven possible, someone might invest in a floating dry dock large enough to accommodate an iceberg. I think the biggest so far is about a thousand feet long, but it's probably more of a money issue than a technological one to build one the required size.
Posted by Phideaux on 09/12/18 at 02:22 PM

Sorry, Phideaux, but this plan has been raised again and again and proven <i>not<i> feasible every single time.
Posted by Richard Bos on 09/19/18 at 01:20 PM
@Richard Bros -- It's been proven to not be economically feasible and/or not feasible with the technology of the time. Such things change/evolve.

The biggest problem is how to tow/push an iceberg. There are several aspects which haven't been solved yet. The growing body of technology behind nuclear-powered icebreakers may help overcome some serious obstacles.
Posted by Phideaux on 09/19/18 at 05:09 PM